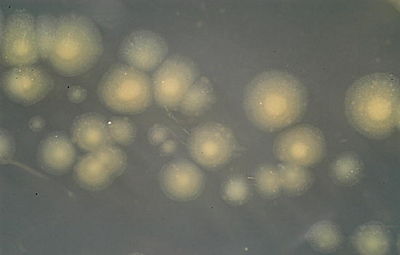 Since the 1980s when Roseobacter first became visible as an oyster pathogen, Roseobacter has been more closely examined. Typically brown or pink in color, the Roseobacter colonies found in Martha's Vineyard, MA were yellow or green in color. Roseobacter have either one or two flagella present, making them fully motile. 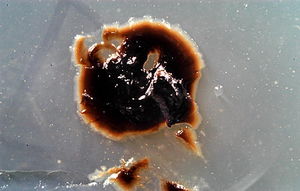 The Gram-negative Roseobacter species have been identified as both oval and rod-like shaped cells and having a mesophilic temperature range, suggesting the organisms' diversity and flexibility between the species. What qualities have remained constant are that of it's aquatic habitat and anaerobic oxygen requirements.