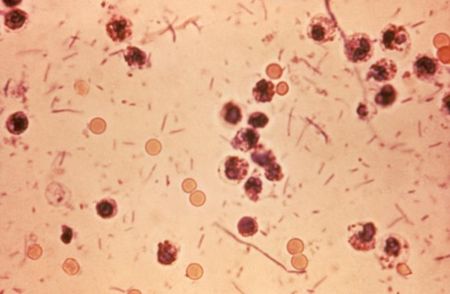 Shigella was initially recognized as the causal agent of shigellosis (also known as bacillary dysentery) in the 1890s and became an official genus in the 1950s. Each species has its own niche, representing its primary environmental and competitive habitat. S. dysenteriae serogroup A causes deadly epidemics mainly in developing countries, S. boydii serogroup C is restricted to the Indian subcontinent, and S. flexneri serogroup B and S. sonnei serogroup D are prevalent in developing and developed countries, respectively. S. flexneri is also responsible for the worldwide endemic form of shigellosis. 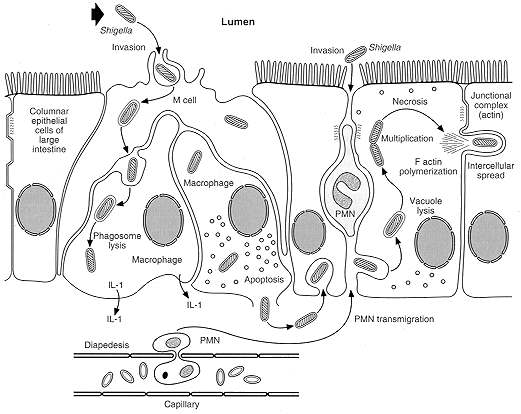 Shigella induces macrophage death to disseminate into the surrounding epithelial cells, activating the host immune response which includes inflammation at high concentrations. Shigella dysenteriae is the most common source for shiga toxins, which inhibit protein synthesis in the endothelium lining to produce bloody diarrhea.

Worldwide, there are approximately 165 million cases of Shigella infection and 1 million Shigella-related deaths annually, with 98% of those cases occurring in third world or developing nations. Of the various strains of Shigella, S. sonnei is the cause of 78% of infections. S. flexneri and S. boydii are responsible for most of the remaining 22% of cases. The occurrence of S. dysenteriae is rare in developed countries, where sanitation conditions are satisfactory, but account for 30% of cases in under-developed areas. The majority of infections are reported during the summer season and occur mostly in teenagers and adolescents under the age of 15, hypothetically due to poor hygiene techniques. It is difficult to accurately gauge of the actual number of cases that occur, as it is estimated that 90-95% of Shigella infections are asymptomatic and thus unreported.