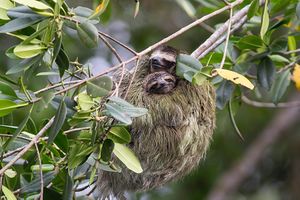 Two-toed and three-toed sloths subside on the same diet and belong to the same order, Pilosa. Phenotypically, they appear almost identical, with the main distinguishing feature being their number of toes. These similar features would make them appear very closely related. However, these two sloths do not belong to the same family. Besides the difference between the number of toes each species has, they also differ in the number of vertebrae in their spines and several other morphological features. By examining the traits of the sloths like locomotion and suspensory posture [3], it was discovered that the Bradypus and Choloepus species evolved through convergent evolution, which is where organisms with different ancestors or from different periods evolved similar phenotypical traits. 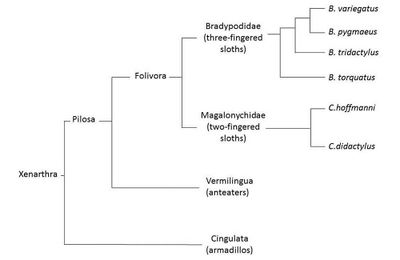