Describe the location and conditions under which the organism was isolated.

Sample Location: In front of house right next to brick of house. Soil is noted to have large amounts of rocks.

Has nematicidal capability against root-knot nematodes and free-living nematodes. Essentially is it is toxic to nematodes. Arsenic resistant bacterium 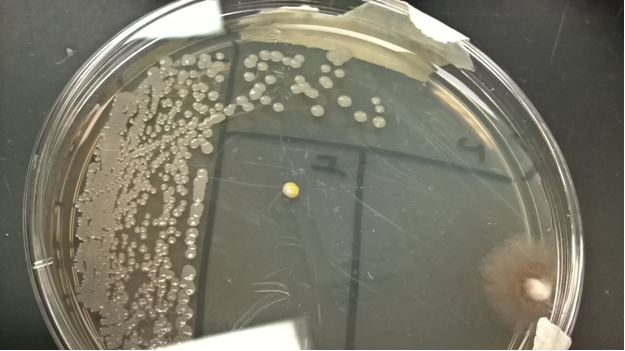 Unable to obtain PCR from the the outside lab; instead we entered the sequence in the web site DNA BLAST and obtained this result:

From an internet research this is what we found on our soil microorganism:

From results found in lab, organism was found to be gram positive. Gram positive cell structures have multiple layers of peptidoglycan that covers the cell membrane.

Biochemical characteristics based on Chemical testing on the soil microorganism: 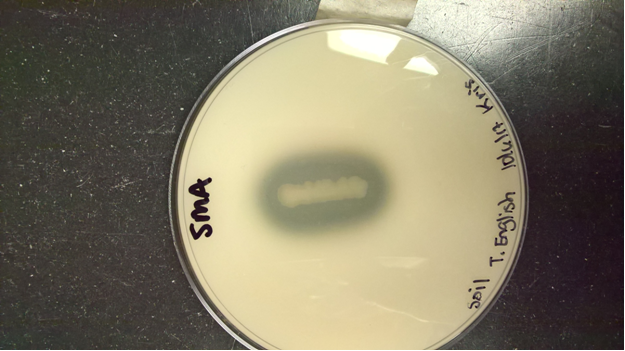 Catalase test: Positive. When drops of hydrogen peroxide were placed on a colony that had been spread on a slide, it produced bubbles.

Bacitracin/Optochin Susceptibility test: Soil microorganism was resistant to both.

Resistant to: Cefoxitin and Ceftazidime. 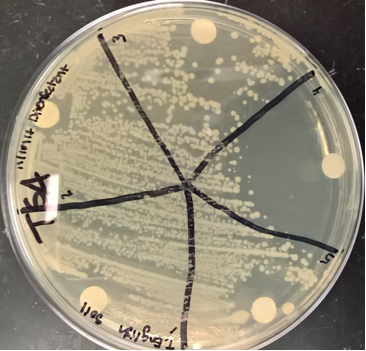 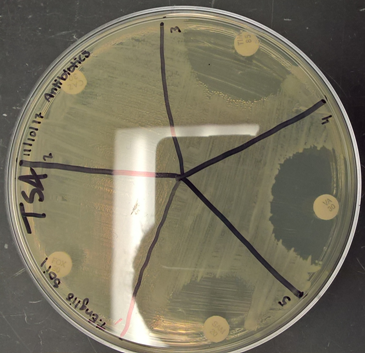