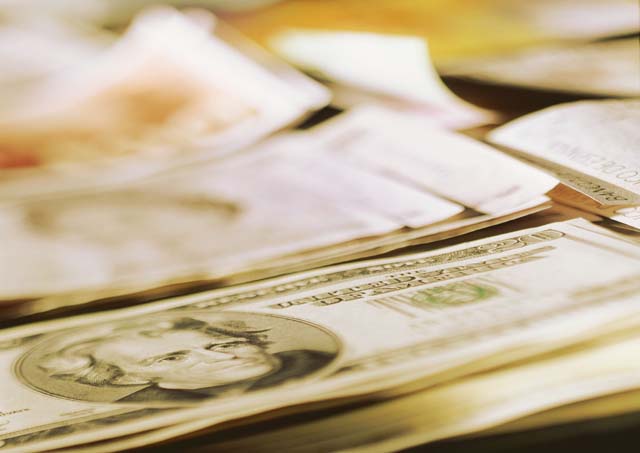 The surface of a dollar bill is surprisingly a very hospitable environment for microorganisms. A dollar bill will change hands many times before it is destroyed, and during that journey, there is a very high likelihood that the dollar will pick up bacteria from the environment.

Paper bills are not made of paper as many would assume. It is actually made of a composition of cotton and linen. The reason for this is that cotton and linen fibers have a stronger bond and do not pull apart like ordinary paper does. So if you leave your change in your jeans pocket as it is doing a wash cycle your money will still be intact.

The surface of a dollar bill is not smooth - it is in fact very fiberous, with many pits and nooks that allow colonies to germinate and grow. The environment of a dollar bill is dependent on where the dollar is located - in a wallet, a cash register, a purse, or even the brief moments that it comes in contact with human skin.

Transmission from one niche to another

If you think about it, a dollar bill is a sort of a "shuttle" - it comes into contact with many different things as it passes hands from one person to another. Even the act of moving a dollar bill from one place to another brings the bill in contact with another niche – the human skin. You can frequently find bills in wallets, bringing them in contact with other bills, allowing bacteria to transfer from one bill to another. This can bring diversity to the niche, allowing organisms to come and go. From there, depending on where the dollar is spent, we can see that the bill can be transported to other places – at a street vendor, for example, we can see the organisms moving from the bill to the hands of the vendor accepting the money, to the food that the vendor is preparing, and into the mouth and stomach of someone else buying the food from the vendor.

Within a wallet, which is where a dollar spends most of its time, the organisms on the dollar bill will be treated with a comfortable warm, moist, and constant environment. This will help the organisms grow and flourish. There will be little to no light, however, so there will be challenges – food will most likely be scarce for the organisms, so many will most likely enter a endospore phase to prolong their survival. This is not an ideal state for the organisms, as they are placed in a “hibernation mode” and waiting for the first opportunity to change niches – perhaps the human skin, as someone reaches into their wallet to pay.

From research, there have been over 93 different types of bacteria found to live on dollar bills. Most of them are also found on the human skin, and the body has a natural immunity to them. There are a few microbes that are consistantly found on bills, though, and these are worth mentioning. 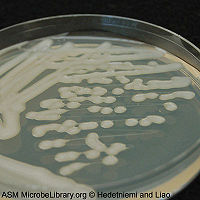 Psudomonas is the genus under the family of pseudomonads. These are rod shaped gram-negative bacteria and have at least one flagella for motility. Most species are aerobic with the exception of some species that can be facultative anaerobes. Pseudomonas is also very resistant to antibiotics such as penicillin and other beta-lactum ring antibiotics. One mechinism Psudomonas uses as antibiotic resistance is an ABC transpoter to transport antibiotics out of the cell walls. 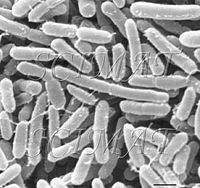 Enterobacter is the genus under the family Enterobacteriaceae. It is a rod shaped gram-negative bacteria that is often a facultative anaerobe. Most are opportunistic on immunocompromised cells and produces endotoxins. Some diseases in can cause include lower respiratory tract infection, endocarditis, and urinary tract infection. Enterobacter possesses some beta-lactum antibiotic resistance.

In 2001, research physicians Theodore W. Pope and Peter T. Ender of the Medical Center of Wright-Patterson Air Force Base in Ohio performed an experiment on dollar bills to discover the extent of which organisms live on dollar bills. They collected 68 bills from people standing in line at a high school sporting event and at a grocery store. They then incubated the bills in a nutrient rich broth and collected any colonies that formed. They found that more than half of the bills harbored bacteria that infected people in hospitals and were dangerous to those with weak immune systems, including Klebsiella pneumonia and Staphylococcus aureus.

Researchers at the Regional Sophisticated Instrumentation Center (RSIC) at the North Eastern University in Shilong, India, who examined Indian banknotes, found germs which can cause diseases. They found that five of the 68 bills had types of bacteria that commonly cause infections in healthy persons, such as staphylococcus aureus and klebstella pneumoniae. 59 Bills were contaminated with types of bacteria that can cause significant infections in patients with depressed immune systems. These included organisms such as Coagulase-negative staphylococcus, Alpha hemolytic streptococcus and Escherichia vulneris.

Dr. Martin J. Blaser, M.D., Frederick King Professor and Chair of the Department of Medicine and Professor of Microbiology at NYU School of Medicine studied the bacteria found on the human skin in 2007 and found over 182 different species of bacteria living there. 8% were new species that were never described before, and roughly half, or 54.4%, of the bacteria identified in the samples represented the genera Propionibacteria, Corynebacteria, Staphylococcus and Streptococcus, which have long been considered more or less permanent residents in human skin. These bacterium are consistent with the bacterium that earlier researchers found on dollar bills, so the risk of these bacterium infecting humans is less severe than earlier thought, because of the high level of exposure that people experience already to these bacterium.

2. "Potential for parasite and bacteria transmission by paper currency in Nigeria.(INTERNATIONAL PERSPECTIVES)" "Journal of Environmental Health" May 1, 2007.

6. "Research Shows That Money May Not Harbour Many Pathogenic Bacteria" "Bio-Medicine" retrieved August 24, 2008.

7. Proceedings of the National Academy of Sciences : New York University : School of Medicine : February 2007 - "Human Skin Has Many More Types Of Bacteria Than Previously Thought" Feb 26, 2007.