THE DIAGNOSIS OF SYPHILIS

Syphilis is a sexually transmitted infection that has been rising in prevalence since 2000 (CDC, 2013). It is caused by the spirochete
Treponema pallidum.
T. pallidum is a thin, tightly coiled spirochete that is microaerophilic (Tramont, 2005). Unlike most bacteria that infect humans, it cannot be cultured in the laboratory. It can only be cultured in laboratory animals, usually rabbits, which are not readily available in hospitals or medical clinics. Hence the diagnosis of syphilis is extremely difficult. 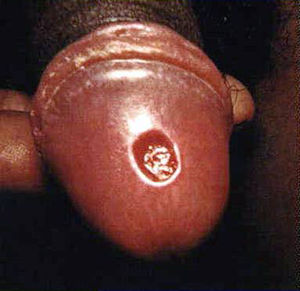 Syphilis penis. Primary stage of syphilis (chancre) on glans (head) of the penis.[2]. 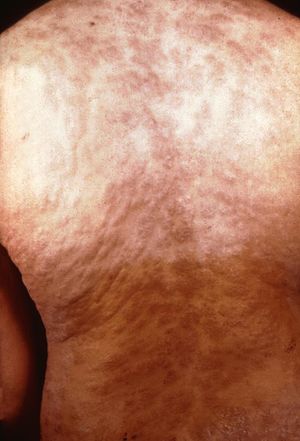 Syphilis penis. Secondary stage of syphilis Rash on back.[3]. 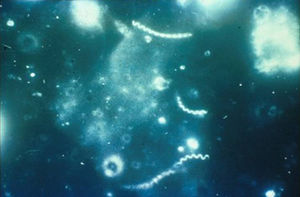 Similar to the ELISPOT, the RELISPOT can be used to give a quantitation of secreted antigen. It’s major use in syphilis is to distinguish active infection in the newborn from passive transfer of antibodies from the mother to the infant (Stoll et al, 1993). Stoll et al found that sensitivities of the RELISPOT were not as high as the IgM ELISA or FTA-abs but its specificity was >96%.

It is even more difficult to diagnose active disease in the 1-4% of patients who remain serofast (CDC 2010. This means that the RPR pr VDRL test remains reactive. The only way to know if it is an infection that needs treatment is to compare titers. If the titer is four fold lower than pervious (i.e. 1:128 down to 1:32), this means that the person has been appropriately treated and no further therapy is needed (CDC, 2010). If the titer has risen, did not change or only decreased two fold (1:128 to 1:64), then the person has not had appropriate treatment or has been reinvented. Repeat testing should be done with the same test (either an RPR or VDRL) and ideally done by the same lab. RPR titers are often higher than VDRL titers.