Anthrax is an infectious disease caused by the bacteria Bacillus anthracis. Bacillus anthracis is a microorganism from the family Bacillaceae (Figure 1). Unlike other bacillus microorganisms which are harmless saprophytes, bacillus anthracis is an obligate bacillus pathogen in mostly vertebrates. Based on its physical characteristics, bacillus anthracis can be categorized with other microorganisms such as Bacillus cereus, Bacillus thuringiensis and Bacillus mycoides. This classification holds because it is difficult to characterize these organisms based on their 16s rRNA sequences (10). Organisms from the bacillus genus are thermophilic, psychrophilic, acidophilic, alkaliphilic, halotolerant, and halophilic. They have the ability to grow in severe conditions which other microorganisms cannot withstand (4). Anthrax is as old as man, it was given its name by a Greek physician named Hippocrates because of the black sore it causes on the skin of human and animals(1). It generally affects warm blooded animals including humans. Aloys Pollender, a German physician who was acknowledged for identifying the disease described bacillus anthracis as “chyllus corpuscles” after analyzing the abdomen of infected cows that had died of anthrax (2). Anthrax was broadly studied in the 1870s by Robert Koch and Louis Pasteur. Koch used suspended drop culture methods to trace the complete life cycle of the bacteria and found that the spores formed could remain viable for long period of adverse environments (3).Koch’s studies on Bacillus Anthracis helped him come up with the germ theory of disease. 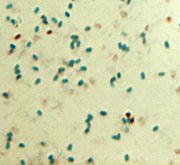 Figure 4. Mechanism of action of the Anthrax Toxin. http://www.biocarta.com/pathfiles/h_anthraxPathway.asp