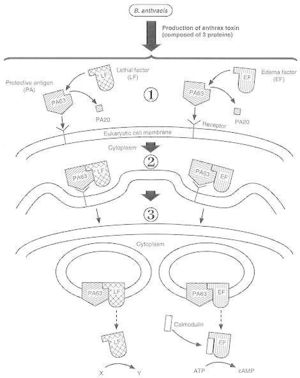 Figure 3. Mechanism of action of the Anthrax Toxin. http://www.ncbi.nlm.nih.gov/books/NBK7699/ 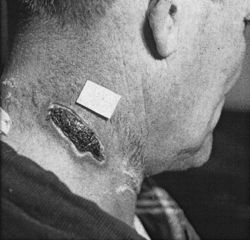 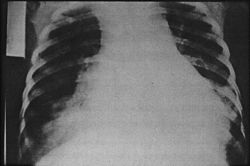 Anthrax was the first bacterial disease for which effective preventive treatment (prophylaxis) was developed(11). Prophylaxis played a major role in controlling anthrax in animals and protection to individuals from infection. Several vaccines has been produced for the anthrax disease since Louis Pasteur first produced the attenuated anthrax vaccine in 1881 (2). The vaccines used to fight anthrax are composed of spores from weakened strains of Bacillus anthracis. They are classified into two categories namely;
Live attenuated vaccines, capsulated and atoxigenic cap
Live attenuated spore vaccines, not capsulated and toxigenic cap. For example, Sterne and sexually transmitted infection (STI) vaccines. (13)
Other vaccines include non-living vaccines, In vitro protective antigen, Boor and Tresselt vaccine, production in non-proteinaceous media, UK vaccine, American vaccines(Aerobic antigen and Anaerobic antigen) and Russian antigen (6). Special therapy can also be provided to treat anthrax if it is applied immediately to the infected animal or human. Aside from vaccines, antitoxin and antibiotics have been used to treat the disease. Penicillin is used for treatment of susceptible strains of anthrax, with ciprofloxacin and doxycycline as suitable alternatives.(14) Several methods have been adopted to create an improved human vaccine. Recombinant DNA methodology is being used to create live vaccine strains of Bacillus anthracis. The aim of the anthrax vaccine create a new vaccine that is safe, non reactogenic, efficacious against all disease and requires a minimum number of inoculations to achieve maximum long lasting immunity (11). The most challenging aspect of evaluating the efficacy of anthrax vaccine is making a logical assessment in humans. Animals can be used as a model but the process can be dangerous.