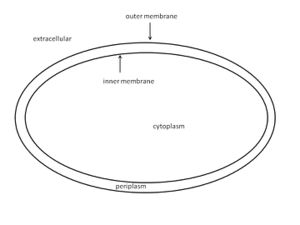 Figure 1.A schematic diagram of compartments in E. coli. 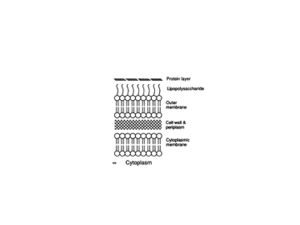 In addition to targeting to various cellular locations, some proteins are destined to leave the cell entirely and enter the extracellular environment. Examples include hemolysins [1] exotoxins that l yse host cells to release nutrients and pili that mediate attachment to substrates. In gram-negative cells secreted proteins must cross both the inner and outer membranes. Secretion across the outer membranes differs from secretion across the inner membrane in a number of respects. In contrast to the IM Sec proteins through which proteins pass in an unfolded state, proteins may partially fold in the periplasm prior to secretion through the OM. In addition any OM transporters lack access to cytoplasmic ATP so different energy sources must be used. Thanassim and Hultgren (2000) have reviewed the different pathways proteins may take on their voyage outside the Gram-negative cell. They discuss