Difference between revisions of "Antarctic Lakes"

Antarctica offers nearly no opportunity for colonization, as it is almost entirely covered by ice.[1] However, in the ice-free areas of the continent, lakes can exist.[1] These lakes vary in composition, ranging from freshwater to hyper saline, as well as being either permanently covered with ice, such as subglacial lakes, or depending on the season, temporarily covered with ice. [2] Research of these lakes provides new findings for microorganisms that can persist in these extreme environments, and have yet to be discovered elsewhere.

Figure 1: Map of Antarctica, along with the locations of subglacial lakes [13]

Both subglacial and open lakes exist in Antarctica. Subglacial lakes are liquid water bodies that can be found under glaciers, ice caps or ice sheets. [3] The largest of these lakes is Lake Vostok, which is covered by a 4km thick ice sheet. [3] The ice cover restricts interaction between the lake and the exterior environment. [4] However, open lakes are not ice-covered, and usually have high salt concentrations.[4]

There are a number of both fresh and saline water lakes in Antarctica. Saline lakes contain a total of 3% dissolved salts.[5] Steep gradients of salt concentration are present in these lakes, making them meromictic, resulting in different niches within the lake.[4] As well, freshwater lakes tend to average between 1-2 degrees Celsius, while saline lakes average below 0 degrees Celsius.[2]

Availability of light depends on the thickness of ice covering the lake, if present. Solar radiation can be transmitted through thin ice sheets, but ice sheets of around 4-6m thick prohibit light penetration.[4] Low light levels correspond to low levels of photosynthesis, which may not be sufficient for microbial growth.[1]

Oxygen is carried into the lakes through melting glaciers (Wharton et al 1986). As well, photosynthesis by benthic mat microbes provides the system with dissolved O2.[1] O2 gradients form in the lakes, with very high concentrations near the surface (or under the ice cover, if present), and anoxic environments at the bottom.[4]

The main microbial processes in these systems involve the cycling of carbon and nitrogen, which are essential to the growth of organisms.

Carbon is a building block for many molecules, and is found in all living organisms. In a lake’s anoxic environment, methanogens are able to use acetate, H2, and CO2 for fermentation, leading to the formation of methane.[6] Where oxygen is available, phytoplankton uptake carbon during photosynthesis, converting CO2 into organic carbon.[1] Organic carbon from decomposing plankton, or other benthic microorganisms, is usually segregated into sediment through the process of sedimentation. [7] As well, viruses lyse host cells to return carbon to the carbon pool in its inorganic form, which then gets transferred to protozoa in the system.[1]

Nitrogen is important for all organisms, as it is makes up nucleic and amino acids, which are essential for life. Fixed nitrogen enters lakes when glacial streams melt.[4] This nitrogen then becomes available for cyanobacteria to use for nitrogen fixation [4] . Different processes of the nitrogen cycle are separated into different areas of the lake. When ammonium diffuses from anoxic layers, nitrifying bacteria use that ammonium to produce nitrate at the border between oxic and anoxic water. [8] When nitrate and nitrous oxide diffuse into the anoxic layers, denitrification occurs.[8] Decomposition also occurs within the anoxic layer, which releases ammonium through sulphate reduction.[8]

Antarctic lakes do not have large food chains, as no fish are present, resulting in microbes dominating the system.[2]

Cyanobacteria are the major components of benthic phototrophs, which take part in forming mats at the bottom of lakes that range in thickness from a few micrometeres to a few decimeteres[9] . A large number of cyanobacteria can make up these mats; especially members of Oscillatoriales, and all these bacteria take part in oxygenic photosynthesis, as well as nitrogen fixation in these lakes.[6] Microbial mats are beneficial to cyanobacteria, as it allows for close interactions between the organisms.[6] This association allows for better growth of the community as a whole, compared to an isolated bacterium, as metabolic processes of different organisms are combined.[6] 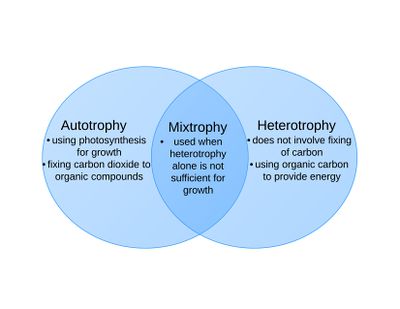 Figure 2: Mixotrophy is used by phytoplankton in areas of low sunlight.

Phytoplankton are adapted to survive in the Antarctic lake environments of low light and temperatures, and use photosynthesis for growth.[1] However, when photosynthesis is not enough to sustain the organism, so mixotrophy is used for survivial.[2] This method involves growing on mixed nutrients, and the use of both autotrophy and heterotrophy.[1] Along with the use of photosynthesis, the organism grows on bacteria and dissolved organic carbon.[2] The use of mixotrophy is essential for phytoplankton survival, especially in times or areas, of low sunlight.[2]

There is an abundance of viruses in Antarctic Lakes, and these viruses are thought to influence the lake’s food chains by being one of the main methods of regulation of microbial organisms.[10] Some main viruses in these communities are single stranded DNA (ssDNA) viruses, which infect eukaryotes, and double stranded DNA (dsDNA) viruses, which infect algae.[10] However, there is a large diversity of viruses in these lakes, many of which that have yet to be identified.[10]

1 Scientists are have recently researched the microbial diversity of a sediment sample from Lake Hodgson.[11] It was found that 77% of the microorganism diversity could be identified with previously found microbes, while 23% could not be recognized.[11] This indicates that a large number of microbes still remain unknown to scientists. Further research is necessary to continue to reveal more information on the diversity of microbes, and how they continue to live in the extreme Antarctic Lake conditions.[11]

2 Research in Deep Lake has demonstrated that horizontal gene transfer occurs quite frequently between microorganisms.[12] Large DNA segments are exchanged between different classes of microorganisms, leading to evolution.[12] This allows the microorganisms to avoid competition for resources, as the exchanged DNA helps with niche adaptation.[12]