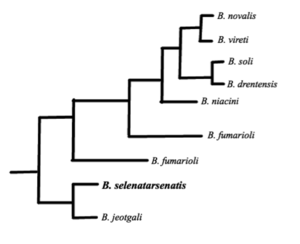 Figure 1: Phylogenic tree of Bacillus selenatarsenatis based on the 16S rRNA sequence. This diagram is adapted from Yamamura, S. et al [2]

The genome is not yet fully sequenced, but its genomic DNA has a GC content of 42.8%. [2] Partial analysis that has been conducted on its 16S rRNA suggests that Bacillus jeotgali is its closest phylogenic relative. [2] However, Bacillus jeotgali lacks the ability for dissimilatory reduction of selenate or arsenate. [2]

Bacillus selenatarsenatis is a Gram-positive, oxidase-negative, catalase-positive, motile, spore-forming, rod-shaped, and facultatively anaerobic bacterium capable of respiring with selenate, arsenate, and nitrate as the terminal electron acceptor. [1] It was first isolated from a selenium-contaminated sediment obtained from an effluent drain of a glass-manufacturing plant in Japan. [2] It forms uniform red colonies, which indicates the formation of elemental selenium. [1] A few studies were conducted in attempt to utilize its selenate-reducing and arsenate-reducing properties for the removal of selenate and arsenate from the contaminated field via bioremediation.

B. selenatarsenatis has a unique operon (srdBCA) that encodes a membrane-bound selenate reductase complex . [5] This complex is consisted of three subunits: SrdA, SrdB, and SrdC. SrdC is a highly hydrophobic protein with nine transmembrane regions, which suggests that SrdC is an anchor protein that keeps the complex to the membrane. [5] SrdB has an oxidoreductase activity that transfers electrons from quinone to SrdA. SrdA is also an oxidoreductase, which reduces selenate into selenite. [5] Both SrdB and SrdA have four [4Fe-4S] clusters that are responsible for the electron transfers. [5] Overall, this SrdBCA selenate reductase complex couples quinone oxidation with selenate reduction.

Peroxiredoxin is also found in B. selenatarsenatis, which suggests its role in reducing the toxicity of the selenium oxyanions by degrading the reactive oxygen species. [10] 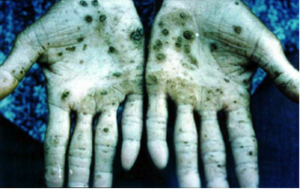 Figure 2: Skin necrosis caused by arsenic poisoning. This image is from Manbir Online

B. selenatarsenatis is a mesophile with its optimal growth temperature between 25~40 degrees Celsius, and a pH between 7.5~9.0. [1]

Arsenate is a toxic inorganic compound that is analogous to phosphate and inhibits oxidative phosphorylation in many organisms. [3] It has a strong adsorption to many common minerals found in sediments, which limits its solubility in water. B. selenatarsenatis is an arsenate-reducing organism that reduces arsenate into arsenite. Although both compounds are very toxic, the latter is more biologically available due to its relatively lower adsorption in comparison to arsenate. Arsenite can be more readily solubilized in water. [4] It hinders the function of many proteins because of its strong affinity to sulfhydryl groups. [3] Consequently, water sources will be contaminated by the toxic arsenite. Chronic intake of the contaminated water may result in arsenic poisoning. Arsenite leaching would be a concern for areas that are colonized by any arsenate-reducing organisms.

It's natural niche is unknown, but it was first isolated in sediment outside of a glass manufacturing plant in Japan. 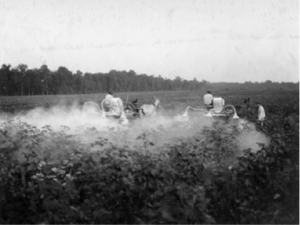 Figure 3: Arsenate-based pesticide was being sprayed in a cotton field in 1927. Image attributed to U.S. Department of Agriculture

Before insecticide such as DDT was developed, lead arsenate was widely used as pesticide for tree fruit orchards. [11] Arsenate-contaminated soil is problematic especially for agricultural land because plants will take up arsenate and accumulate it in the crops. These contaminated fields are difficult to treat because arsenate is not very soluble in water due to its strong adsorption with the minerals in the soil. [4] Remediation using arsenate-reducing bacteria can convert arsenate into the more water-soluble arsenite, making extraction of arsenic easier.

Selenate contamination in water can lead to serious consequences due to the high toxicity of selenate to organisms. Yet, there is no cost-effective chemical approach to remove selenate from water. [6][8] To solve this issue, a few researches were done on constructing a bioreactor containing B. selenatarsenatis to degrade selenate into selenite, which can be removed with an ion exchanger or further degraded by a few selenite degraders. [6][8] This is to prevent the inhibitory effect of selenite reduction of Bacillus selenatarsenatis from the selenite buildup. The researches showed promising results.