The symptoms that are associated with scrapie are also commonly associated with other prion diseases. Common symptoms of these other diseases include impaired brain function, memory changes, personality changes and behavioral changes. These conditions commonly arise in adulthood and cause a very rapid deterioration (Genetics Home reference). These disorders are very rare affect about one person per million worldwide—The united States has had relatively low amounts of reported cases with roughly 350 cases reported per year. 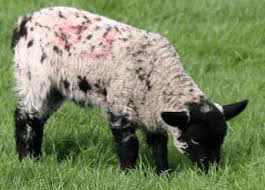