Difference between revisions of "Chroococcus"

A Microbial Biorealm page on the Chroococcus 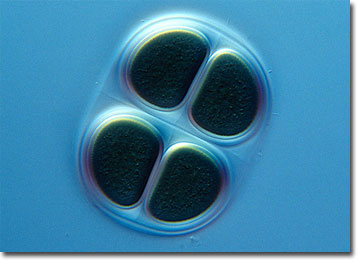 Chroococcuscells are ovoid or rod-shaped unicells with a diametere ranging between 0.4 to 40µm (Ditty). Formerly thought of and named as a blue-green strain of algae, cyanobacteria shares a close resemblance with green eukaryotic algae. In addition to physical similarities, cynaobacteria and algae also share similar habitats, often growing together.