When studies were first being conducted on the Citricoccus genome, it was hard to come up with any particular information. But eventually, there was a draft genome sequence, CH26A, isolated from the Cuatro Ciénegas Basin (CCB) in Coahuila, Mexico. The CH26A genome was extracted from an environment was consistent with the actinomycete metabolism, which made it a lot easier to compare and somewhat understand the adaptive and evolutionary aspects of Citricoccus. Using the 16S rRNA gene phylogenetic analysis, a similarity between the CH26A and Citricoccus was drawn and the estimated size was 3.7 Mb, with a mean GC content of 70.96%. When further studies were conducted it was shown that that the presence of genes for both, the glycolytic and pentose phosphate pathways in addition to amino acid and nucleotide biosynthesis.

C. nitrophenolicus is a strict aerobe and grows best with pNP as its sole carbon, electron and energy source. Although the favored food source was pNP, growth was also observed when food sources such as short chain fatty acids, salicylate and a range of alcohols such as phenols and 4-cholorphenols were present. All these served as electron donors for growth.

- When pNP was used as the only source of carbon and energy: Metabolism of pNP resulted in the release of nitrite

- When incubated with pNP and acetate: pNP was metabolized first and then acetate

- When grown solely on acetate: Both nitrite and nitrate served as oxygen sources where nitrate was quickly reduced to nitrite and therefore quickly accumulated in cultures during aerobic growth. 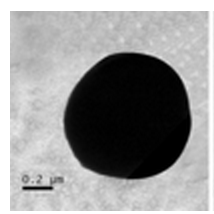 pNP is a a highly stable compound found mainly in pesticides. Being highly stable, pNP is therefore highly soluble in water, thus easily penetrating the soil and polluting the environment. pNP is also listed as a "priority pollutant" on the US Environmental Protection Agency's List.

Problem: Parathions, a main pollutants of the Breakwater 42 waste dump, situated on a beach in North Western Denmark, leaked and polluted the beach and a near by bird sanctuary.

Efforts taken: 2 previous remediation efforts have excavated and the following was found: ~6,000 tonnes of pollution and contaminated sand ~270 tonnes of pollution is still located underground, in an estimated volume of 90,000m3, out of which parathions constitute ~225 tonnes of the pollution bound to the soil.

Treating the remaining pollution: - Combination of alkaline hydrolysis and bioremediation --> Implementing both at the same time is bound to have a faster effect and more efficient removal

- Bioremediation by either in situ or ex situ -->In situ: biostimulation or bioaugmentation -->Ex situ: pumping hydrolyzed chemicals into a bioreactor

- Due to it ability to degrade pNP and degrade it at pH values between 6.8 – 10 C. nitrophenolicus is the ideal microbe.

Problem: - The pH levels post alkaline hydrolysis is between 11 and 12 Citricoccus nitrophenolicus can do the job, it just takes longer At pH of 10 it takes 3 times longer to degrade pNP than at pH 8! And resulted in a lower growth yield Solution: use of small volumes of acid to adjust to desirable pH

http://ijsb.sgmjournals.org/content/49/3/1157.full.pdf+html [This is where I found all the above info, I will properly cite within the next day or two]