This is a page by TILLIE WANG. 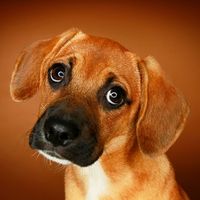 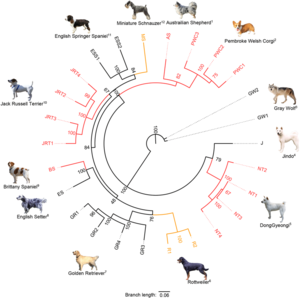 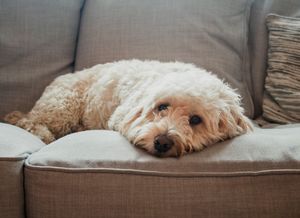 A recent study found that dog microbiome is the most similar to the human microbiome (compared to mice and pigs). The dog gut microbiome has 1,247,405 genes, whereas humans have about 3.3 million genes in their gut microbiomes [12] [13]. Although the microbiomes very in number of genes, the similarities of the genes are seen when the effects of changes in a dog's diet can predict the outcome of a change in a human's diet. This research is revolutionary in the study of the human digestive and intestinal tracts and their implications on human health. It is known that pigs have a structurally similar digestive system to humans, and they have been used as model systems for nutritional studies. However, with this new knowledge, scientists can now study changes in diet (such as high-protein or low-carbohydrate) in dogs and link the results with those of humans.

Other studies have found that dogs and humans that live in the same house share their microbiomes, particularly, the skin microbiota. Another study found that people who lived with dogs had greater similarities in their nasal and skin microbiomes compared to people who did not live with dogs, suggesting the influence of pets on promoting microbial exchange [14]. The benefits of having pets in the house have even been covered by The New York Times in an article entitled "Are Pets the New Probiotic?" [15].

Man evolves with dog. (Not scientifically accurate, but has the general idea) https://beautifullybony.wordpress.com/archive/bone-of-the-month/the-domestic-dog/using-genomes-to-find-the-origins-of-domestic-dogs/

While not every aspect of the evolution of dog breeds was discussed on this page (as the evolution of dog breeds has bounds of information, perspectives, and research), hopefully the general idea of wolf to dog has been explained. While dogs have been proven to be descendants of the gray wolf, it is still a bit controversial on when and more importantly, where, the first domesticated dog was created. DNA sequencing and mapping has shown southern China, Europe, and Mongolia as possible origins of the domestic dog. Perhaps the wolf became domesticated in multiple locations around the same time, and therefore there are multiple origins. No matter where or when they originated, the dog will always remain one of man’s best friends. As one anthropologist puts it, “The domestication of dogs was one of the most extraordinary events in human history.” [16]

While the first domestic dog had wolf-like appearance, the current 340+ dog breeds are representative of phenotypic diversity. There are purebred breeds, which are typically bred for their pedigree and for showing (in dog shows such as The National Dog Show run by the Kennel Club of Philadelphia or the Westminster Dog Show run by Westminster Kennel Club) [17] [18]. There are also mutt dogs, which occur from random mating of often abandoned or stray dogs. Most of these rescue dogs are in need of loving homes, as they are typically sent to puppy mills or are left to die. Rescuing dogs slows down the breeding of dogs just for their pedigree. Irresponsible breeders are cause for concern because of the extensive amounts of dogs that they produce, without taking the time to care about the dogs’ wellbeings.

The purebred lines were created via selection of desirable characteristics (such as physical appearance or intelligence, etc.) Purebreds have a set standard of traits that produce the “best in show” or the ultimate dog of its breed. Purebreds also typically have a predictable temperament, which is desirable when adopting a life-long friend. No matter how you choose to bring a dog into your family, whether it be rescuing through a shelter or purchasing through a breeder, it is important to know that your dog came to be through the process of evolution and artificial selection.