The genome of a Xanthomonas bacterium consists of a circular chromosome of about five megabases. Each cell also contains two plasmids, of length 34 kb and 65 kb, respectively. There is considerable colinearity between the genomes of X. axonopodis and X. campestris, suggesting that only three major rearrangement events have occurred in the time separating them (BioMed, 2002). 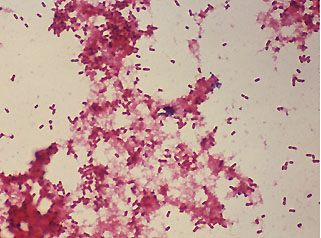 Xanthomonas is a flagellated, rod-shaped cell, which allows the bacterium to move throughout an infected plant. Xanthomonas is dependent on the type III protein secretion system, which relies on transport proteins, secreting several hypersensitive reaction proteins and outer proteins, causing an interaction with the plant (D.Büttner et al., 2002) 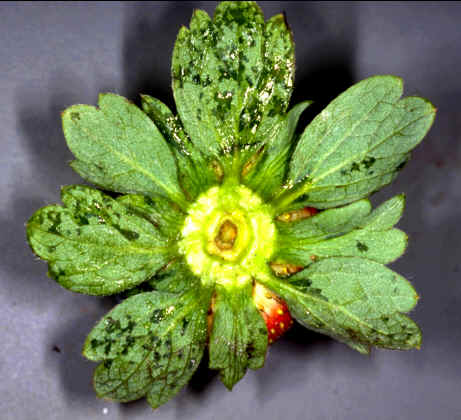 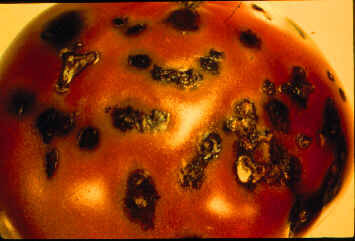 Disease caused by Xanthomonas bacteria. From the University of Connecticut.