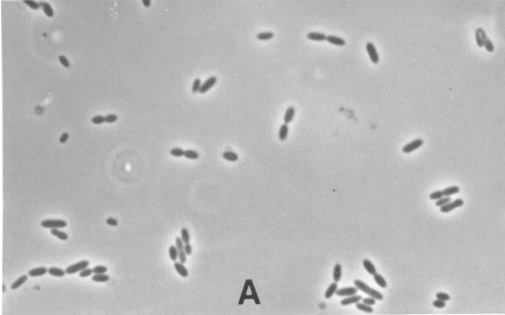 Isolated from black sediment of Oyster Pond inlet, Woods Hole, MA, USA. Named in honor of Harland G. Wood – An American Biochemist who pioneered studies which proved animals, humans, and bacteria use carbon dioxide in their metabolism. Wood studies proved that carbon dioxide can be used for the complete synthesis of acetate in bacteria. 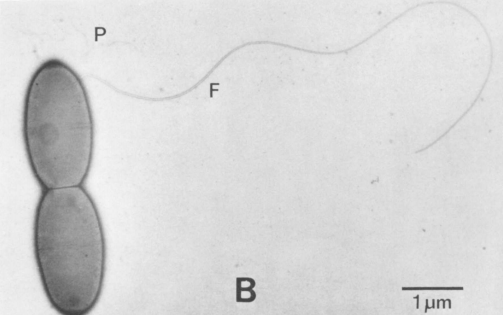 Acetobacterium woodii is an anaerobic, non spore-forming, gram-positive, rod-shaped acetogenic bacterium that usually occurs in pairs. Motility is facilitated by one subterminal flagellum, and infrequently exhibits two flagella. Anaerobic metabolism produces acetate as a by-product through homoacetogenic fermentation. Meaning it produces acetate exclusively, unlike heteroacetogenic fermentative microorganisms which can produce other by-products along with acetate.

The specificity of this microorganisms metabolism has potential industrial applications. Approximately 2 million tons of acetic acid are produced every year with aerobic acetic acid bacteria. A. woodii has the ability to produce acetate anaerobically at a 50% increase in yield compared to aerobic bacteria. This can be achieved through over-expression of certain enzymes in the acetyl-CoA pathway. Utilizing only H2 gas and CO2, A. woodii could be a more economical alternative to current biotechnological processes.

Recent research into microbial fuel cells (MFCs) and their application as a renewable energy source consist of various schemes for building a self reliant "battery". Some schemes require acetate producing microorganisms. As a homoacetogenic organism, A. woodi would be an ideal candidate for these schemes.

The density and G+C content was studied using batches containing fructose and H2-CO2 medias. The buoyant density was determined to be 1.699 g/cm3 and the G+C content was 39 mol%.

The proteome consists of 3,473 protein genes with the average protein length of 330.5 amino acids.

Research into the infrastructure of A. woodii showed a rare type of peptidoglycan of the cross-linking group-B. Only one other microorganism is known to have a similar murein structure; Butyribacterium rettgeri (syn. Eubacterium limosum). There is one difference between the two mureins: B. rettgeri exhibits an incomplete replacement of D-ornithine by D-lysine. With both microorganisms belonging to the same family Eubacteriaceae, utilizing similar metabolisms, and also exhibiting nearly identical peptidoglycan structure, A. woodii and Eubacterium limosum may be more closely related than previously thought. The peptidoglycan structure of A. woodii makes up 55% of the dry weight of the cell walls.

Growth is optimal at 30°C with a generation time of 6 hours under a 80:20 mixture H2-CO2. Most culture medias prepared with pH close to neutral (~6.8). Production of acetic acid causes pH to drop, however A. woodii was observed to still be viable at pH 5 for weeks in a sealed culture.

This metabolic pathway is termed the acetyl-CoA pathway. Also known as the Wood–Ljungdahl pathway, after the researchers who pieced together the process.

A. woodii can use substrates other than H2, however the range of substrates is narrow and limited to fructose, glucose, lactate, glycerate, and formate; CO can also serve as a substrate. When the other substrates are used slight production of succinate can be detected. The vitamin calcium pantothenate and high bicarbonate concentrations are required for growth. 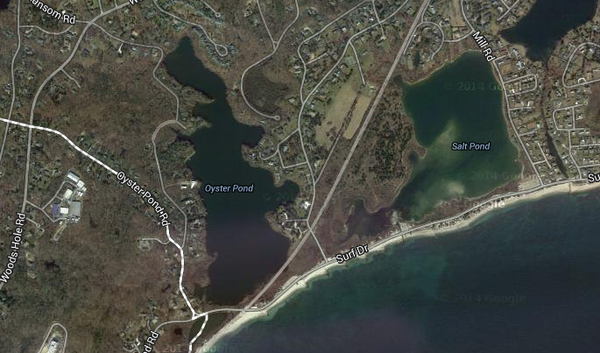 Oyster Pond, from which isolation of Acetobacterium woodii was achieved, has some defining characteristics that sets it apart from most other habitats. Oyster pond started as an ocean inlet, with high salinity (~32 ppt). Gradually, storms caused a sandbar to form at the entrance to the inlet, which later was completely closed off from the ocean to allow the building of train tracks. This caused the salinity levels to drop. A weir was then installed to regulate the pond's salinity (between 2-4 ppt).

A. woodii has a dependence on Na+ ions for metabolization of various substrates. Oyster pond's unique levels of salinity may provide an environment better suited for growth of A. woodii than normal freshwater (< 0.5 ppt) and saltwater (~35 ppt) bodies.

Acetogens dominate in many species of termites over methanogens. However, in other communities, methanogenic organisms out-compete acetogenic organisms for H2 due to a higher threshold for hydrogen gas. In addition, some methanogens can metabolize acetate, the homoacetogenic fermentation end-product of A. woodii. This may help regulate acetate concentrations and therefore pH levels in certain microbial communities.

Acetobacterium woodii is not pathogenic to humans or animals. Although isolated from pond sediment, it is possible the species A. woodii may be present in ruminant chambers of some organisms. Acetogens like A. woodii that are present could provide "methane mitigation" through therapeutic feeding strategies in ruminant animals. Selecting for acetogens to outcompete methanogens for H2 in ruminant lifestock has been proposed as a preventative strategy in Australia and New Zealand.