Avian influenza was first discovered in free living ducks in 1972. Avian influenza is part of the Orthomyxoviridae group, which is single-stranded RNA virus. There are two different classifications of avian influenza, the highly pathogenic avian influenza (HPAI) and the mildly or non-pathogenic avian influenza (MPAI). The replication process of the virus varies in HPAI and MPAI. The cleavage of Hemagglutinin (HA) proteins is different in HPAI and MPAI viruses. In HPAI virus, the HA proteins are cleaved by endogenous protease which occurs in most of the cells in the body of the host, while the HA proteins of the MPIA virus is cleaved by trypsin-like protease, which is present in the respiratory and enteric tracts of the host (4). There is a viral envelope that encases the surface proteins: HA, which encodes a gene with 1,775 base pairs (bp) and Neuraminidase (NA), encodes a gene with 1,413 bp, and Matrix 2 (M2), when paired with Matrix 1 encodes a gene with 1,027 bp (4,7). There are 16 HA subtypes which are the virus receptor-binding site and allow the viral RNA to be released into the host cell (1). The HA protein needs to be cleaved by enzymes into the HA1 and HA2 subunits to be infectious (4). There are nine NA subtypes that are enzymatically active proteins that allow the virus to be released from the cell surface (4). The M2 proteins act as ion channels that activate the HA proteins to release the virus (4). Inside these surface proteins, there are six internal proteins that make up the viral genome and transcribe the virus (4). These proteins include: polymerase proteins PB1 with a gene encoding 2,341bp, PB2 with a gene encoding 2,341bp, PA with a gene encoding 2,233bp, the nucleoprotein (NP) with a gene encoding 1,565bp, Matrix 1 (M1), and nonstructural protein 1 and 2 (NS1 and NS2 with a gene encoding 890bp) (7). NS1 is the only protein not located inside the virion (4,7). 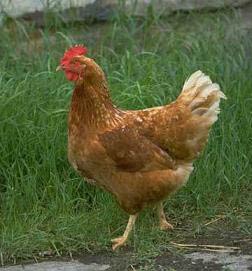 Avian influenza affects a variety of species. There are three types of avian influenza viruses: type A, type B, and type C. Type A influenza affects a range of animals, including wild birds, ducks, gulls, seabirds, mammals (horses, pigs, humans), and domesticated birds, such as chicken and turkey (4). At least 88 species of wild birds have been found to have type A avian influenza (3). Types B and C influenzas only affect humans (4). Avian Influenza is spread through the fecal-oral transmission, thus water birds and surface feeders are more susceptible to contract the influenza than birds that forage. The influenza virus becomes highly pathogenic during the spread between wild birds and domesticated birds (5).

H5N1, a subtype of avian influenza virus, had spread to fifteen different countries in 2009. The two prevalent areas are Southeast Asia and the Middle East. The domestic birds as well as the migrating birds could be the potential carriers of H5N1 virus (8).

Migratory waterfowl are the primary source of infection in poultry and mammals. Mammals are infected regularly, but since they are not the sites of replication for the viruses, some of the subtypes have become extinct. Examples of this are the H2N2 subtype becoming extinct in humans and H7N7 becoming extinct in horses. Because the subtypes become extinct, more fit subtypes for infecting humans are developed (4).

Most birds suffering from avian influenza have mild respiratory problems and decreased egg production. Chicken and turkey that have HPAI typically show a decrease in their vocalization, food, and water consumption. They also have signs of depression and apathy. Birds that have avian influenza can develop significant physical problems, such as head tremors, wing paralysis, and a lack of coordination (2). 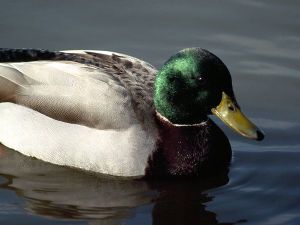 Mallard ducks were found to have the most HA and NA subtypes; however, not all of the HA subtypes were found in abundance. This means that these ducks are probably not the first vectors for all of the HA subtypes. HPAI was one of the first viral diseases found in poultry. The virus was found to have a rapid rate of evolution in mammals and domesticated birds, whereas, there is a low rate of evolution in wild birds. This is evident that mammals are not the primary hosts, but wild birds are. It is hard to know the full evolutionary history of how avian influenza has developed and evolved due to the viral interactions with many types of wild birds (4).