Scientists have developed genetically modified bacteria that can synthesize plastic polymers ("PHAs") using organic materials. PHAs are important because they are a biodegradable plastic source that does not require petroleum, and is renewable, as scientists can synthesize the plastics in a lab with the correct materials and bacterial strains. The PHA polymers can be extracted using a host of enzymes and solvents, and later refined into plastic products (Reemmer).

Polyhydroxyalkonoates (PHAs) are polymers that bacteria produce under conditions of low concentrations of important nutrients (typically nitrogen, but sometimes oxygen) and high concentrations of carbon sources. This process occurs because the excess carbon leads to bacteria creating carbon reserves (PHAs) to save for a time with more plentiful nutrients in which they need energy to carry out regular functions (growing, reproducing, other biosynthesis etc.). Bacteria store PHAs in granules for later use. Humans can harvest these PHAs to create bioplastics, as the polymers that bacteria produce resemble the chemical structure of petroleum-produced plastics (Gilmore). 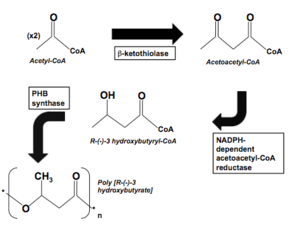 Fig 1.The biochemical pathway and enzymes for the production of polyhydroxyalkanoates (Reemmer). .

Through a biochemical process during fermentation, bacterial enzymes engage a cycle that stops protein synthesis and begins the production of PHAs when there is a high concentration of acetyl-CoA inside the cells, instead of regular CoA. This high concentration occurs when the bacterial cells are starved of essential nutrients (nitrogen, oxygen, phosphorous) because the pyruvate molecules do not enter its normal cycle, and is carboxylated to form acetyl CoA. The three key enzymes in P(3HB) (a specific form of PHAs) production are β-ketothiolase, acetoacetyl CoA reductase, and PHB reductase, successively (Fig. 1). β-ketothiolase begins by condensing two acetyl-CoA molecules. These products (acetoacetyl-CoA) are reduced to hydroxyalkanoic acids by acetoacetyl-CoA reductase. The last step is a PHA synthase (more than 50 different PHA synthases have been identified, and each designates which type of PHA will be the final products) polymerizes the production of a PHA, which is typically defined by its “R” group (Fig. 2) (Volova 1-25). 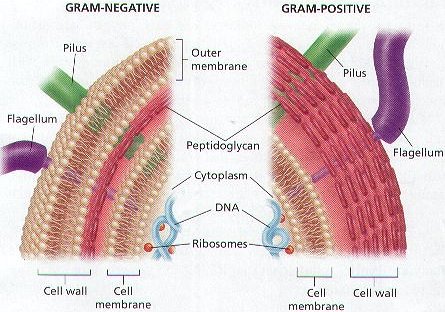 Scientists have recently found a gram-positive strain called Bacillus megaterium that can produce PHB under the same sorts of methods and conditions that most gram-negative strains use. According to experiments, the Bacillus megaterium strain uses the same cheap carbon sources – glucose and glycerol – but can only produce 60% of its dry cell weight in PHB. This method avoids the extra process to remove endotoxins, but it is unclear whether the loss in PHB production is worthwhile economically. The results are promising, however, because the success with Bacillus megaterium does give potential for finding more useful gram-positive strains or altering existing ones. (Lopez et. al., 2012) This ability to alter strains appears to be the hope for the future of PHB production. Scientist Craig Venter has already managed to create synthetic organisms by injecting a synthesized DNA code into a bacterial cell. Venter’s group aims to engineer the cells to grow by consuming carbon dioxide, which could be helpful for making not only plastics, but food and fuel as well. If Venters’ group can engineer strains to consume carbon dioxide instead of typical carbon sources, there could be implications for planetary settlement as well. The potential is far-reaching, and the production of plastics is just the beginning. (Bates)

Scientists have discovered ways to use bacterial derived plastics to help benefit our society, both medically and environmentally. Two examples of recent studies find that sutures (made from polymers) and butanediol (BDO), can both be produced from genetically engineered bacteria.

Previously surgeries have resulted in wound infections due to poor sutures. The stitches doctors used were weak and brittle, sometimes failing to last the whole healing process. According to Technology Review, one in five patients’ abdominal wounds break open after their surgeries as a result of a prematurely dissolved suture (Bourzac). Scientists have discovered a new stronger suture made from genetically engineered bacteria that absorbs after the wound has been healed. The Food and Drug Administration has recently approved these polymer sutures to be used in medical procedures. The sutures are more flexible, durable, and safer than previous sutures. In addition, these sutures are thermoplastic, allowing them to melt under extreme heat and to solidify when cooled. These polymers are also able to stretch and mold into any position, making it easier for doctors during surgeries (Bourzac). 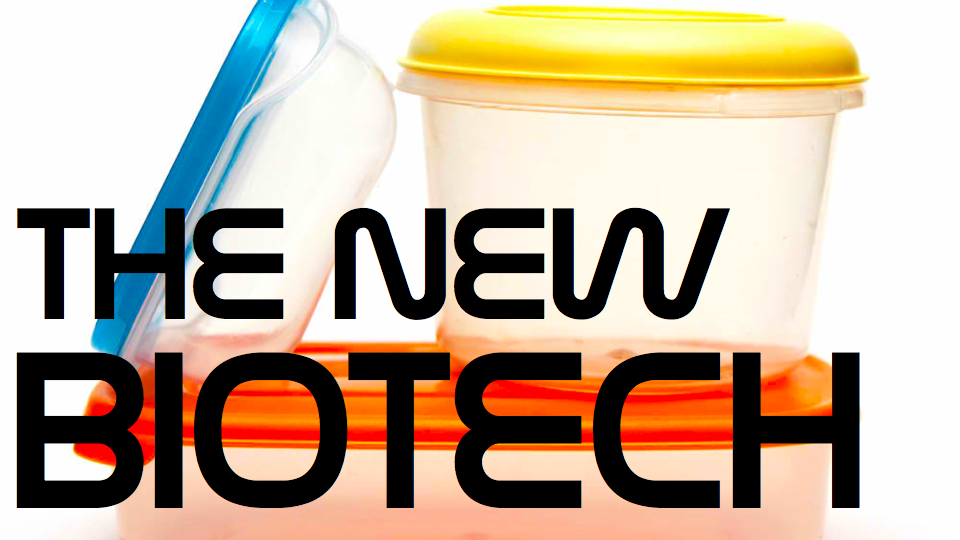 Figure 3. The Future of Tupperware? (Io9.com)

“1,4-Butanediol (BDO) is an important commodity chemical used to manufacture over 2.5 million tons annually of valuable polymers, and it is currently produced exclusively through feedstocks derived from oil and natural gas. “ (Yim et. al.). Instead of using the more expensive oil or natural gas to make BDO, scientists have recently announced that they have developed strains of bacteria that can be produce butanediol with as little as water and sugar (Biello). Ever since there has been a global commitment of going green, researchers have searched for safer, more environmentally friendly materials. Previously, the production use of oil and natural gas to make BDO is very energy intensive. While combining Escherichia coli (E. coli) with water and sugar to make this chemical compound, the use of energy noticeably decreases. Utilizing these three resources allows for a more efficient production process to be conducted under normal temperature and pressure. According to Inhibit, these genetically engineered bacteria are produced in large fermentation tanks similar to how algae are being made to produce biofuels (Biello).

Scientists are still researching to make other materials using BDO produced from genetically engineered bacteria. New Tupperware made from BDO can one day hold your peanut butter sandwich, instead of using the more energy intensive Tupperware that we use today (Yim et. al.).

Improving the efficiency of the production of bacterial derived plastics could completely transform the plastics industry. As it currently stands, the plastics industry relies almost completely on crude oil to produce petrochemicals, but certain firms are starting to make a push towards the increased dependence on organically generated plastics. There are two challenges involved in making bacterial derived plastics economically competitive with petrochemicals: achieving efficient production of feedstock chemicals, and achieving the efficient production of these bioplastics. Both of these challenges, of course, revolve around giving enough bacteria the proper conditions to mass-produce PHA’s (The Economist).

For economic purposes, bacteria can be engineered to metabolize glucose to produce plastics. One pivotal step forward for the industry would be to find the proper enzymes to break down cellulose, which is abundant in agricultural waste, in order for bacteria to mass-produce a glucose source for plastic production (The Economist).

One method being used to zero in on the most efficient enzymes to break down cellulose is to use DNA microarrays. These are special chips that “show what genes are active at a given moment, to work out what other enzymes the [microbes] are making when they digest cellulose” (The Economist). If this group of enzymes can be identified, it would narrow down the search for the most efficient, active enzymes that can produce a cost-effective feedstock for plastic production. At this point, many business ventures are privately funded and in early stages. The potential upside for this industry, however, is astronomical. 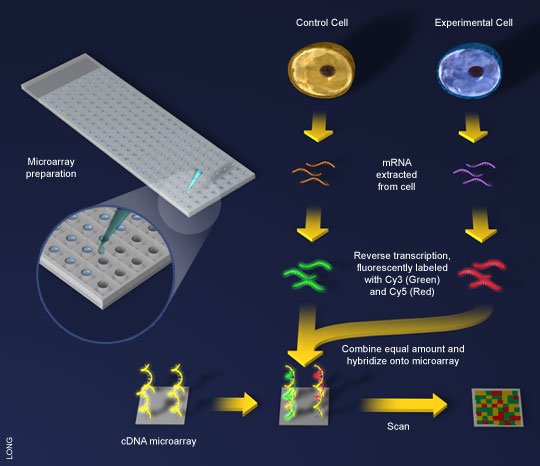 (2004). Sea of Dreams: Genetically modified microbes will lead to a revolution in industrial biotechnology. The Economist. Orlando.