A Microbial Biorealm page on the genus Campylobacter lari 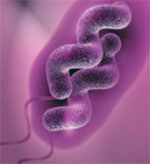 Figure 1. Here, Campylobacter lari has a corkscrew shape as well as a single polar flagellum. http://www.hah.hr/images/data/camp_slika.jpg

Campylobacter lari are gram negative bacteria that are 0.3 µm by 1.7 to 2.4 µm in size. These bacteria are helically, corkscrew shaped under normal conditions, but can change shape when placed in different living conditions. They colonize the mucosal surfaces of birds and mammals, moving around in the mucous flow. They are most commonly found in human and bird feces. They thrive in environments in which the concentration of oxygen is less than that of the concentration of air and where the concentration of carbon dioxide is more. Campylobacter lari is becoming well known for being a food borne pathogen that causes enteritis.

Campylobacter lari has circular DNA consisting of 1,571,661 nucleotides long. They have 1602 genes of which 1545 are protein genes and 57 are RNA genes. The size of the genome is 1,525,460 base pairs long. They have one of the smallest genomes in their class (Epsilon Proteobacteria). It is very similar to the genome of other members of the genus Campylobacter, but several genes involved in biosynthesis and energy metabolism are missing from the Campylobacter lari species. They do not contain a complete TCA cycle and are missing the CydAB terminal oxidase of the respiratory chain. They are also auxotrophic in multiple ways, such as being unable to synthesize eight different amino acids.

When exposed to oxygen or set in a culture for a prolonged amount of time, they change from their corkscrew shape and become coccoid, circular or elongated. They are motile by their long flagella at either one end or at both ends of the cell. When the flagellum is at one end it is polar, but when they are at both ends, they are bipolar. Gene sets of the Campylobacter bacteria have been identified that produce sialic acid on the cell surface. This sialic acid provides protection when it enters the host. When Campylobacter lari are in colonies they are colorless and 1.0 to 1.5 mm in diameter.

Campylobacter lari is requires less than 5% oxygen and about 10% carbon dioxide to survive in the environment. These requirements are two of the reasons why this species (and other species of the genus Campylobacter) are sensitive to changes within the environment. They are also sensitive to changes in pH. Species of the genus Campylobacter use oxygen as their final electron acceptor and amino acids as their main energy source. Campylobacter lari is able to recycle oxygen and hydrogen peroxide into water or hydrogen peroxide, and water or oxygen, respectively.

They are microaerophilic which means they require oxygen for growth at an oxygen concentration below that found in air (about 21%). They are also capnophilic meaning they require a larger concentration of carbon dioxide to grow. The optimal growth is in less than 5% oxygen, around 10% carbon dioxide, and between 37 and 42 degrees Celsius (making them thermotolerant). They are able to live in environments with higher salinity, as well making them halotolerant. This is one of the reasons they are able to live in marine environments. Although they have a diverse group of animals that they can parasitize and survive in, the mucosal surfaces of birds and humans are the primary habitat where they colonize. They have multiple systems that can adapt to the chemicals in the environment and change their swimming behavior to match their surroundings. These systems allow the bacteria to swim to the site of infection which is usually the intestinal tract. Campylobacter lari produce enzymes such as and catalase and oxidase. This means that they are productive in recycling hydrogen peroxide into water and oxygen, as well as reducing oxygen to water or hydrogen peroxide.

Campylobacter lari strains have been isolated from pigs, cattle, dogs, poultry, shellfish, birds, and humans. They can cause pathogenic properties to birds as well as humans. Campylobacter bacteria have been found primarily in the small intestines of animals and humans and are the leading cause of food-borne gastroenteritis. Mild diarrhea can also occur when Campylobacter lari infects the host. The host becomes infected by eating raw shellfish or drinking contaminated water. Once the bacteria have made contact with the host, they use their flagella to adhere and invade the host. The infection can last from 2 to 7 days and consists of diarrhea, nausea, abdominal pain, fever, cramping, and vomiting. Bacteremia can also present itself in immunocompromised patients. The sialic acid that is produced on the surface of Campylobacter lari allows the bacteria to avoid the immune response of the host. This acid can also trick the host’s immune response into attacking itself. This gives the bacteria an advantage once it has invaded its host. Although it is a thermotolerant microbe, the Campylobacter bacteria can be killed by cooking or heating. Since this is the best way to kill the bacteria, cooking shellfish and heating water to a boil is efficient to avoid being infected.