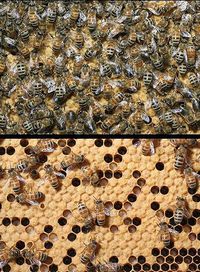 Figure 1: Before and after effect of CCD.

Colony collapse disorder (CCD) is a poorly understood phenomenon where large-scale, unexplained losses of adult worker honey bee colonies result in the bee colony. As of today, it is believed that many factors together is contributing to the underlying cause of the phenomenon. [6][10]. The phenomenon is often coupled with abnormal decrease in bee population and could be identified throughout the history of bee keeping. The phenomenon has been associated to various names including autumn collapse, spring dwindle, disappearing disease, May disease, and fall dwindle disease. However, the phenomenon was renamed as colony collapse disorder in late 2006 after considering previous names was not reflecting the nature of the condition. [6]. Recent studies have tried to link microbial contributions to this phenomenon. Virus such as Israeli acute paralysis virus and Kashmir Bee Virus have been suspected to play an important role in this phenomenon. [6].

1. Rapid loss of adult workers bees and large amounts of capped brood within the colony. The bodies of the dead bees are not found in the colonies or in front of the colonies.[6]

2. Food storage are present, both honey and bee bread.[6]

3. Queen bee is present. A colony cannot be classified as suffering CCD if the queen is not found within the colony. Rather, the colony dying because there is no queen, which is not considered CCD.[6]

4. There is no damaging levels of the mite Varroa destructor and/or the Nosema spp. at the time of collapse, and there is a delayed invasion by other hive parasite. [6]

Although many countries around the world experience large decrease in the bee population, only a few countries has documented that the decrease is associated with CCD. 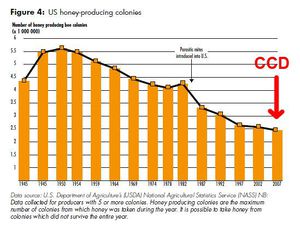 Europe has experienced large scale decrease in bee population in the past years, the population decline was reported from Belgium, France, United Kingdom, the Netherlands, Greece, Italy, Portugal, Spain, and Germany.[8] The reports from the European Food Safety Authority (EFSA) in 2007 and 2008 have indicated that the bee population dropped by around 30% in the United Kingdom, meanwhile the bee population in Italy experienced a mortality rate between 40–50% . The German national association of beekeepers reported a 40% loss of the honey bee colonies in 2009.[8], The Switzerland government also reported that about 50% of the bee population had not survived the winter at the end of May 2012. Other than a case study reported in Switzerland, which associated the decline with CCD [3], , the cause of large decline in bee population is not definite. Many countries in Europe attributed decline to the parasites such as Varroa destructor and bad weathers which prevented the bees from gathering food. 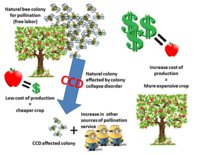 Figure 3: Diagram demonstrating the agricultural and economical impact of CCD.

Since honey bees are among the most important pollinators, the phenomenon will have an important effect on agriculture. A report in 2000 indicated that there is a total value of over $15 billion worth crops were heavily dependent on honey bee pollination.[5]The honey bees are responsible for pollinating many common crops including species as soybeans, almonds, pears, peaches, apples, cherries, blackberries, raspberries, cranberries and many more. These common crops would account for approximately one third of the United States' crop species. Short supply of the pollination service can be caused by a large decline in bee population which suffers from CCD. For example, shortages of bees in the US in 2000 have been estimated to increase the cost for pollination services by up to 20%. [5] Increased cost for pollination services would result in an increase in production cost which leads to the increase of crop price on the market, and affect the people who are buying crops.

Although CCD is of great concern in the large decline of bee population, it does not account for every case of the colony mortality. In many cases, the decline can be attributed to starvation, queen-related issues, and parasites. Although microbes play an important role in the colony mortality, not all contribute to CCD. [2]

Israeli Acute Paralysis Virus (IAPV) is a picorna-like virus first discovered 2004 in Israel from dead bees. It was characterized by shivering wings, development of paralysis of the bee and death outside the hive. Although, IAPV is identified as distinct dicistrovirus using sequence analysis. [1] This virus is very similar to the Kashmir bee virus and acute bee paralysis virus. A metagenomic survey of microbes in honey bee colony collapse disorder conducted in 2007 found prevailing IAPV sequences confined in CCD bee colonies, as well as the temporal and geographic overlap of CCD and the importation of IAPV-infected bees. [1] Such finding indicated a strong correlation of IAPV with CCD.

Kashmir Bee Virus (KBV) is a picornavirus in the dicistroviridae family. It is found to infect many types of bees and associated with many bee colony mortality cases. KBV is able to infect both the larvae and the adult bees. The infected adults would get killed by the virus, while the infected larvae could survive and develop into adults with no obvious symptoms. [11] A metagenomic survey investigating the microbial contribution in honey bee colony collapse disorder in 2007 found prevailing KBV sequences in both CCD and non-CCD samples. The KBV could be a cause for CCD, yet there is no definitive evidence for the correlation. [1]

Deformed Wing Virus (DWV) is a virus that is closely associated with Varroa destructor and is able infect the larvae of the bees and cause large damage to the honey bee population. Sometimes, DWV are inappropriately associated with CCD. CCD is characterized by adult worker bees rapidly disappearing from colonies containing larvae and food storage yet shows no sign of damage caused by parasitic Varroa destructor mites or Nosema apis. [4] However, DWV is unable to induce infection that result in visible symptoms on the bees in absence of Varroa destructor. Only when DWV is transmitted V. destructor to the developing pupae, it becomes able to cause pupal death and development of deformed wings in adult bees. The bees with the deformed wings die soon after emergence. However, the exact mechanism behind development of deformed wings is not well understood. [4] Although DWV plays an important role on colony mortality, there is no evidence suggesting that the virus can cause CCD.