Ebola Virus Disease (EVD), also known as Ebola hemorrhagic fever (EHF) is a disease prevalent in humans and primates caused by Ebolaviruses. There are five currently known species of Ebola, each of which belong to the family Filoviridae: Bundibugyo ebolavirus, Reston ebolavirus, Sudan ebolavirus, Taï Forest ebolavirus, and Zaire ebolavirus [1].

The virus spreads through contact with body fluids of an infected human or other animal. This disease is associated with a high risk of death and had been reported to kill between 25 to 90 percent of infected individuals and roughly 50 percent on average. Ebola is considered a Biosafety level 4 agent, according to the Centers for Disease Control and Prevention (CDC). The high mortality rate associated with infection makes EVD one of the most dangerous pathogens in in existence.

There is no specific treatment or vaccine for this virus. However, there are multiple potential treatments currently being studied, such as VSV-EBOV, an experimental vaccine genetically engineered from the vesicular stomatitis virus [2] and recently tetrandrine [3], a compound derived from Stephania tetrandra and other Japanese and Chinese herbs.

Epidemics in Africa and Elsewhere 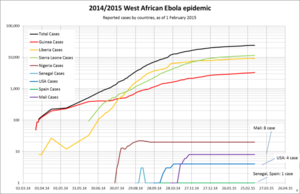 The first known outbreak of EVD was identified between June and November of 1976 in Nzara, South Sudan [4]. The outbreak started with infection of individuals from single cotton factory and quickly spread to other people they came into contact with. The total number of infected was 284, with 151 total deaths.

As of March 18th 2015, there have been 10,251 reported Ebola deaths in six countries: Liberia, Guinea, Sierra Leone, Nigeria, the US and Mali [5]. The World Health Organization has stated that these figures are underestimates due to the difficulty of collecting data. 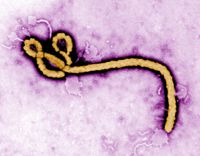 Figure 2. A micrograph showing the morphology displayed by an Ebola virus virion Created by CDC microbiologist Frederick A. Murphy, courtesy of Wikimedia Commons

Ebola belongs to the family Filoviridae under the order Mononegavirales. The genus Ebolavirus consists of five distinct species: Bundibugyo ebolavirus, Reston ebolavirus, Sudan ebolavirus, Taï Forest ebolavirus, and Zaire ebolavirus [1]. The Ebola virus genome is comprised of negative-sense RNA in cylindrical virions that contain viral envelope, matrix, and nucleocapsid components [6]. The virus is approximately 80 nm in diameter and can have varying lengths up to 600-1400nm. The tubular structure is surrounded by an outer viral envelope derived from the host cell membrane that is studded with glycoprotein spikes. The hosts that Ebola efficiently infect are antigen-presenting cells (APC), which include monocytes, macrophages, and dendritic cells [7]. 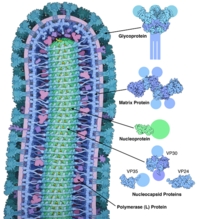 Ebola virus entry requires the attachment and fusion of viral and host membranes through the surface glycoprotein [22]. Its crystal structure has two conformations, GP1 and GP2. The glycoprotein-polysaccharide surrounding the cell membrane is likely a crucial component of immune evasion. This may explain why survivors of Ebola virus have low neutralizing antibody concentrations.

Viruses such as Ebola do not replicate through cell division due to their acellular nature. Ebola uses a combination of virally encoded host enzymes with host cell structures to copy themselves. It then proceeds to self-assemble into viral macromolecular structure within the host cell [8]. The virus initiates contact with the host cell by attaching to host receptors through the glycoprotein surface [9]. The viral membrane fuses with the vesicle membrane to penetrate the cell via pinocytosis, a form of endocytosis. The virus then can release nucleocapsid into the cytoplasm of the host cell. Negative-sense genomic single-stranded RNA is used as a template for the synthesis of viral proteins via the host cell’s ribosomes. Once the host cell’s functionality is disrupted by the presence of the virus, it can then dominate cell function to produce more copies of itself. The outer viral envelope that Ebola forms through this method is derived by budding, a process that inevitably destroys the host cell.

Onset of Symptoms and Diagnosis 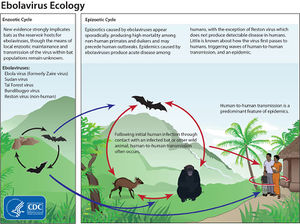 Figure 4. A diagram created by the CDC depicting the transmission cycle of ebolaviruses. Source: Wikimedia Commons

Ebola is believed to have been introduced into the human population through contact with the bodily fluids of infected animals such as various primates and fruit bats [1]. The incubation period between initial infection and onset of symptoms ranges from 2 to 21 days. Once a human is infected with Ebola, it can then spread to other individuals via direct contact with the bodily fluids of the infected person, either directly or with surfaces exposed to these fluids. The onset of symptoms is first characterized by fever fatigue, muscle pain, headache and sore throat, followed by vomiting, diarrhea, rashes, impaired kidney and liver function, and occasionally internal and external bleeding [21]. Humans are not considered infectious until they exhibit Ebola symptoms.

The direct and indirect factors that contribute to the transmission of Ebola are largely undefined. A recent study investigated these parameters using inoculated guinea pigs [11]. When injected with 10,000 times the 50% lethal dose of the virus intranasally versus intraperitoneally, the guinea pigs were significantly more infectious to native animals when infected intranasally than systemically. This suggests that the virus is transmitted more easily when infected through the nasal passage.

Currently, it is difficult to diagnose a person newly infected with Ebola, as early symptoms are nonspecific to Ebola. Symptoms associated with Ebola are often observed in patients with more common illnesses, such as influenza. However, if the person with the early symptoms of Ebola is aware they may be infected, public health officials can isolate them and collect samples from the patient to test for the presence of the virus [12]. Some of these laboratory-based tests include antigen-capture enzyme-linked immunosorbent assay (ELISA) testing, a biochemical assay that uses antibodies to detect the presence of a substance in a liquid sample, polymerase chain reaction (PCR), and various other virus isolation techniques.

There are currently no FDA-approved vaccines or medicine to combat the Ebola virus. Symptoms of the virus can only be treated as they begin to appear [13]. The loss of body fluids can be countered with intravenous fluids (IV) and balancing electrolyte levels. Maintaining oxygen and blood pressure levels are also crucial to maintaining the patient’s overall stability. However, if diagnosed early, these methods of supporting treatment can significantly improve the chances of survival. Recovery from Ebola is currently dependent on supportive care and the patient’s immune response.

The Mayo Clinic has given preventative measures to avoid contact with EBV and Marburg virus [14]. These measures include washing one’s hands frequently, avoiding bushmeat and avoiding contact with infected individuals. Caregivers specifically should avoid contact with the person’s body fluids and tissues, which are highly infectious. Health care workers should also follow infection-control procedures and wear protective clothing when interacting with infected patients. Before travelling to Africa, it is also advisable to read about current epidemics by checking the Center for Disease control’s Ebola epidemic website [15]. 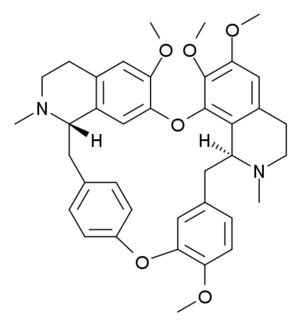 VSV-EBOV is an experimental vaccine for the Ebola virus that is currently in development. The vaccine is based on live attenuated recombinant vesicular stomatitis viruses (rVSV). This type of vaccine is considered appealing because it is capable of being administered nasally [16]. One study demonstrated that those infected with the virus developed low to moderate levels of IgG antibody titers resistant to ZEBOV glycoproteins. After rVSV administration, they found no signs or symptoms of ZEBOV in any of the test animals. Another reason why this vaccine may succeed as a treatment for Ebola is its efficacy in treating infected animals. In 2007, rodents and guinea pigs were injected with the VSV-EBOV vector expressing the Ebola virus glycoprotein [17]. The results of this test suggest the possibility of the efficacy of this vaccine, as it was possible to protect 50% of the rodents and 100% of the guinea pigs following treatment as late as 24 hours after a lethal injection of the virus. The VSV-EBOV vaccine is currently undergoing Phase III clinical trials in human subjects in Basse Guinée to test its efficacy against Ebola [18]. The objectives of this trial are to determine how effectively the vaccine protects vaccinated individuals from the virus and whether vaccinating these individuals can help prevent further spread of the infection.

Another recent vaccine study has focused on Tetrandrine, a small molecule derived from Japanese and Chinese herbs. A recent study has shown that Tetrandrine inhibited infection of human macrophages, the primary target for the virus in vivo. The results of this study have also shown the therapeutic efficacy in mice. However, this drug has been banned in most countries [19]. Despite this, the results provide more information as to the mechanism of entry. The investigators found that the final stages of Ebola entry into host cells require endosomal calcium channels called two-pore channels (TPCs), which is involved with the release of the virus’s genome into the cell. Blocking TPC activity in test mice with tetrandrine significantly hinders the replication process of the virus and ultimately allows the host cell to stop the infection.

Ebola is a malicious disease capable of killing thousands of infected people and can spread rapidly without proper health protocol. This virus is considered a global concern due to its high mortality rate. Understanding the function and underlying mechanism of Ebola is a crucial step towards developing a viable treatment and ultimately, a cure for the disease. Researchers are currently addressing this task and approaching it from various scientific perspectives. Although it is currently unproblematic for human populations outside of Africa, Ebola has the potential to infect millions in more densely populated areas. Once we are able to succesfully treat this disease in the near future, Ebola will hopefully no longer be a threat to global health.

Edited by Joshua Weiss, a student of Nora Sullivan in BIOL168L (Microbiology) in The Keck Science Department of the Claremont Colleges Spring 2015.