A Microbial Biorealm page on the genus Enterococcus solitarius 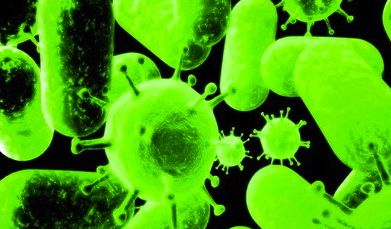 Enterococcus solitarius has been first isolated from a human sample and described by Collins et al.(1989). This strain was identified on the basis of established physiological tests and so far it is also the only known strain. Since these were the only tests used to identify it, this strain has often been misidentified (Buschelman et al., 1993; Ruoff et al., 1990; Tsakris et al., 1998) and actually, E. solitarius “seems to be more closely associated to the members of the genus Tetragenococcus” (Barros et al., 2001; Collins et al., 1990; Ke et al., 1999; Patel et al., 1998; Williams et al., 1991). There are suggestions that E. solitarius and Tetragenococcus halophilus possibly "form a single taxon” (Ke et al., 1999; Monstein et al., 2001). Conversely, this debate is still alive, since the latest study “based on the sequence of a highly specific fragment within the enterococcal superoxide dismutase gene clearly placed E. solitarius among enterococcal species” (Poyart et al., 2000). A new study comparing both Enterococcus species and Tetragenococcus species still needs to be performed in order to establish whether E. solitarius is a “miscategorized taxon”.1

Gram positive Enterococci that usually occur in pairs (diplococci) or short chains, and are difficult to distinguish from streptococci, based on physical characteristics alone.2

Enterococci are anaerobes. They produce lactic acids by fermenting carbohydrates (lactic acid bacteria). They live in the large intestine and are using the undigested sugars from the small intestine as well as the indigestible fibers for their fermentation process.

Enterococci are found in many different places – usually found in the feces of people and many animals. They are facultative anaerobe bacteria that inhabit the intestines of both humans and animals. Enterococci are capable of living in extreme conditions that are usually too harsh for other bacteria. They often inhabit the bowels of animals or humans, and they are also found in soil, vegetation, and surface water. Enterococci are capable of growing at temperatures between 10-45 °C and can grow in both hypotonic or hypertonic, as well as acidic and alkaline environmental conditions. They are anaerobes, but despite, they can live in both low and high oxygen environments. Enterococci can survive at 60 °C for 30 minutes. They exists in high salt concentration (6.5% NaCl), in high bile salts (40%), and often have natural antibiotic resistance or they are able to develop one.

They can cause bacteraemia (blood stream), endocarditis (heart vales), and meningitis (brain), among other infections. Enterococci can also cause urinary tract infections; intraabdominal, pelvic, and wound infections. They are now the third most common organism seen in hospital acquired infections. Enterococci have a large number of both inherent and acquired resistance traits, including resistance to cephalosporins, clindamycin, tetracycline, and penicillinase-resistant penicillins such as oxacillin, among others. appears likely that we will soon be faced with increasing numbers of enterococci for which there is no adequate therapy.3 Most of of these infections have been commonly found in clinical environment and will affect people with a compromised immune system. The healthier people might not be affected easily, but could become carriers.