Feline calicivirus (FCV) is a virus found within the Caliciviridae family, which was first discovered in 1957. It is a highly contagious virus that causes mild to severe respiratory infection, nasal congestion, oral ulcerations, fever, and virulent systemic disease amongst other symptoms in cats (1). FCV is usually detected using nasal swabs and RT-PCR but testing cannot distinguish between the many different strains of the virus (1). There are currently no treatments available and the best option is prevention via a FCV vaccine, which found FCV-suspect cats to be found significantly less often FCV-positive (1).

The study of FCV allows researchers to get insight into the mechanisms in which similar viruses infect human hosts and the ways infection can be prevented. FCV shares similarities in genomic organization, characteristics, and family with the Norwalk virus, a virus that causes acute gastroenteritis in humans (2). FCV is also relatively easy to culture in the lab, thus making it a good model for research on the Norwalk virus and potentially the treatment and prevention of gastroenteritis in human populations afflicted by it (2). 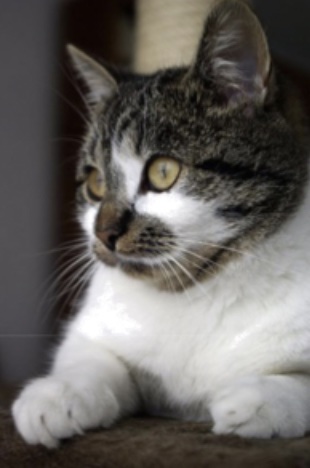 Figure 1: Feline calicivirus (FCV) can cause severe symptoms from fever to respiratory distress, especially in elderly cats and young kittens in multi-cat environments. It spreads through aerosol droplets and direct contact with other infected cats, although some cats may be asymptomatic. "Cat" by Lilithis is licensed under CC BY-SA 2.0

The genome of Feline Calicivirus (FCV) is a single strand of positive-sense RNA (4). The genome contains 7600 bases and three open reading frames (ORFs), or regions of the genome that encode functional proteins (4). ORF1, the ORF that is closest to the 5’ end of the RNA strand, codes for a polyprotein that contains the viral protease and other non-structural proteins that are used for replication and transcription. ORF 2 and 3, located in a sub-genomic viral mRNA, code for the viral structural proteins VP1 and VP2, respectively, that assemble into virus-like particles when FCV successfully infects a host cell (4). 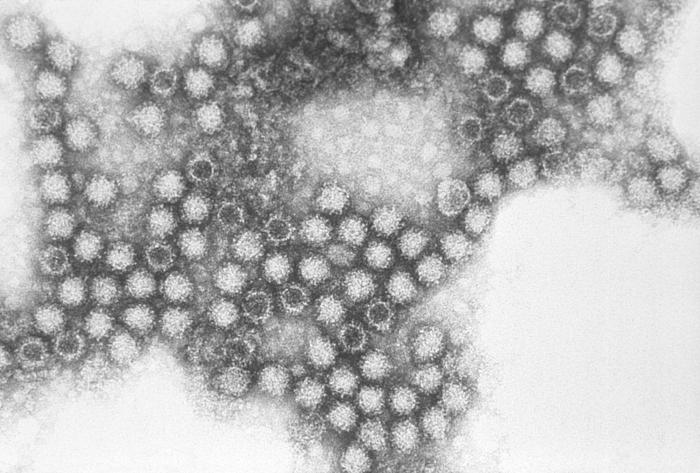 Figure 2: An electron micrograph revealing the macrostructure of FCV. The virion is typically 35-40nm in diameter with cup-like surface depressions (CDC)

FCV contains a positive strand of RNA encased in an icosahedral T=3 shell formed by the VP1 protein, a major capsid protein that consists of three domains. A short disordered peptide that is downstream from a proteolytic cleavage site. An N-terminal arm domain follows which interlocks subunits to form the capsid. The S domain forms the shell and the C-terminal domain produces a dimeric spike that will act as a binding site. Currently, the exact orientation and position of FCV domains are yet to be determined (4).

One pathway FCV utilizes is an apoptosis induced replication in the host cell. This apoptosis is completed by translocating the phosphatidyl serine to the cell outer membrane, condensing the host chromosome, and fragmenting the host’s oligonucleosome DNA. During FCV replication, two major polyadenylated RNA templates, a plus-sense genome-sized RNA and a 2.5 kb subgenomic RNA with a 3’-end that is coterminal with genomic RNA, are synthesized. As replication of these templates are being completed, caspases are synthesized to cleave host proteins involved in cytoplasmic maintenance, DNA replication and repair, and structure organization to induce apoptosis. Research has shown that induction of apoptosis is dependent on the synthesis of these proteases and that induction is concurrent with FCV replication progression (8).

Feline calicivirus (FCV) can be found in the oral and respiratory tissues of cats and is secreted in saliva, urine, and feces where it can then be transmitted to only other cats either on a fomite, through the air, or oral ingestion of an infected cat’s secretions (5). Once infected, a cat has a period of up to two weeks to shed the virus or else, it will be able to latently pass on the virus either continuously or intermittently (5). FCV transmits the most easily in multi-cat environments with a prevalence of up to 40% in shelters and catteries (5). In single cat households, the prevalence is significantly reduced (5). The exact statistics and demographics are unknown for how prevalent FCV is in the United States due to inadequate testing.

Feline Calicivirus (FCV) is a respiratory pathogen that causes oral ulcerations, salivation, gingivitis, and stomatitis following an infection in cats (1). FCV spreads within the host’s body to distant sites and causes clinical symptoms through neural spread; populations of FCV have been found on the spinal cord (a location with crowded neurons) (6). Genetic analysis of a FCV revealed a difference of one amino acid (glycine instead of aspartate) at position 434 in the viral capsid protein region when compared to FCV clones that cannot spread to the spinal cord (6).

Another factor that also determines the ability of FCV to infect its host is the interaction between FCV (the viral capsid) and its specific receptor, feline junctional adhesion molecule A (fJAM-A), on the surface of host cells (4). Upon the binding of FCV and fJAM-A receptor, FCV viral capsid region undergoes a conformational change to trigger post-receptor binding events (cell signaling, endocytic uptake and trafficking, and membrane penetration) that facilitate viral infection. Multiple amino acids residues on the surface of the FCV viral capsid that bind to fJAM-A have been identified via cryoelectron microscopy and all, except for alanine at position 454, appear to contribute to the stability/ability to form the viral capsid and bind to the fJAM-A receptor (4).

Another strain of FCV, the virulent-systemic strain (VS-FCV), had also been observed in cats and reported to cause more severe symptoms than FCV, such as alopecia, cutaneous ulcers, subcutaneous edema, and consequently higher mortality (7). The source of VS-FCV was from epithelial and endothelial injuries. VS-FCV infection causes epithelial cell cytolysis (rupturing of the cell membrane) and systemic vascular compromise in susceptible cats, which leads to alopecia, cutaneous ulcers, subcutaneous edema, and ultimately a higher mortality rate compared to normal FCV infection (7).

Current research on FCV explores the possibility of new targeted vaccines while deepening the understanding of the molecular biology of the virus. A study on FCV vaccines found that cats immunized with the dual strain vaccines showed broader antibodies than those of the cats immunized with a single strain vaccine, suggesting that vaccines with multiple strains can effectively target a broad spectrum of antigens (11). While current vaccines help prevent the development of serious disease, FCV vaccines may not be effective against new strains (11).

In addition to vaccines, more research is being done on how FCV infects the host cell through attachment and conformational changes in its capsid. The results of one study showed that targeting receptor binding can reduce the efficiency of infection (4). Because FCV is a nonenveloped virus, it lacks a lipid envelope so it is unable to fuse with cellular membranes (4).

FCV has proven relevant in studies of norovirus in humans or foods. Upon discovery that FCV is from the same family as norovirus (Caliciviridae), it was used to develop the buoyant density centrifugation (BDC) method of detecting norovirus in food, such as oysters and lettuce. Compared to the more common protocol of chloroform-polyethylene glycol-Tris•Tween (CPT), BDC uses Percoll and PBS and is considered to be a more time efficient detection method. Despite having a lower successful detection rate than CPT, it it’s still being improved on (12).

FCV can also serve as a surrogate to study the Norwalk virus (NV) since they share similar genomic organization, family lineage, and characteristics (i.e. Non-enveloped structures of similar size) (13). FCV was grown in feline kidney cells to find the ideal conditions for optimal growth, which led to the development of a plaque assay useful for quantitative studies of NV(2).