Multiple sclerosis is a type of disease that attacks the immune system, commonly referred to as an auto immune disease. Multiple sclerosis particularly affects the myelin sheath of the spinal cord, which then negatively impacts communication between the brain and other parts of the body. This continual attack on the central nervous system will eventually cause the deterioration of nerves and other body parts. The symptoms of multiple sclerosis range widely, from mild neurological symptoms to a crippling and debilitating disease. Multiple sclerosis usually affects people between the ages of 20-50. The average age of a multiple sclerosis patient is 34. The symptoms of MS vary greatly. Some patients with MS will lose the ability to walk altogether, while other affected individuals will experience long periods of remission with no new symptoms. There is no known cure for MS. 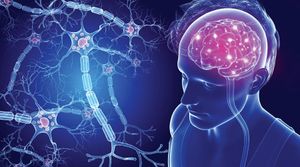 Multiple sclerosis affecting nerve cells in the myelin sheath and the brain. https://www.krcu.org/post/your-health-multiple-sclerosis#stream/0

Multiple sclerosis is an autoimmune disease with a great deal of mystery surrounding it. The exact cause of multiple sclerosis is still unknown. Having said that, multiple sclerosis has been shown to not be able to be passed down from generation to generation, implying that it is not an inherited disease. However, there still remains the risk of the disease being inherited. The genes that appear to be linked to the presence of multiple sclerosis are as follows: HLA class I and class II, T-cell-receptor α, CTLA4, ICAM1, and SH2D2A. There is an estimated 200 genes that appear to be linked to multiple sclerosis, but there is a great deal of ambiguity surrounding the idea of what precise role these genes play in the contribution to multiple sclerosis. Familial aggregation is believed to have a pronoun effect on the contraction of multiple sclerosis. Around the late 19th century, it was found that siblings of affected individuals were 2-4% likelier to develop the disease than that of the general population (0.2%). Furthermore, in monozygotic twins, the likelihood of contracting the disease jumps to 30%. Spouses and adoptees were found to have the same likelihood as the general population, which is consistent with the idea of familial aggregation. Researchers find that the strongest evidence that points to there being a genetic influence on multiple sclerosis is the major histocompatibility complex (MHC). The genes that are associated with the MHC are around 160 strong and around half of them play an pivotal role in the regulation of the immune system. A study done in the 1970s initially established the idea of the MHC playing a role on the development of multiple sclerosis. The most statistically significant discovery that they found was an association between HL-A3 antigens and multiple sclerosis. Since then, numerous studies have been done to determine the extent of the role that the MHC plays. Genes coding for the MHC region, and thus the HL-A3 antigens, have shown that to influence the severity of the disease, interact with Vitamin D, a critical environmental candidate of multiple sclerosis, and even demonstrate the parent of origin effect. T-cell receptor genes, which code for T-cell receptors that bind directly to HLA antigens, have been shown to have an association with MS. However, some studies have refuted this point, thus indicating that the relationship between T-cell receptor genes and MS is unclear.

Some diseases such as Parkinson’s disease or Alzheimer’s disease have been shown to follow a Mendelian pattern of inheritance. Certain familial pedigrees have shown multiple sclerosis to follow such a pattern, with an autosomal dominant inheritance occurring. A Pennsylvanian pedigree with eight affected family members showed evidence of linkage at chromosome 12q12. Furthermore, a Swedish family provided further evidence at chromosome 17p11. It still remains unclear whether multiple sclerosis can be considered as a disease that specifically follows a pattern of Mendelian inheritance, but there still seems to be some evidence that points to the presence of this pattern. 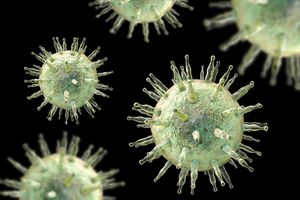 Multiple sclerosis is a disease that affects a great deal of individuals in an assortment of ways. Although the exact cause for MS is still unknown, numerous studies have been done that have shown associations between certain genes, viruses, etc. and the development of multiple sclerosis. One of the clearest and significant associations that was found was an association between the HLA antigens and multiple sclerosis. Another important association that was discovered was an association between the MHC and MS. It is currently believed that the genes that code for the MHC have the biggest impact on the presence and maturation of MS. From a microbiology perspective, viruses might also play a role in MS. Studies have been done that have shown that the Epstein-Barr virus increases the likelihood of getting multiple sclerosis. Although there is little known about its causes, research is still being done in order to discover the exact causes, and from there be able to formulate a cure.