Historically, one of the first gut-brain interactions was observed by Ivan Pavlov when he demonstrated the cephalic phase (the gastric secretion before food enters the stomach) of digestion, showing the relationship between the sight and smell of food to physiological reactions. [3]

The gut flora is the aggregate community of microorganisms that live in the digestive tract of humans and other animals. In humans, the gut flora is established only one or two years after birth -- In fact, the gut flora is required for the maturation and development of the intestinal epithelium, the intestinal mucosal barrier, and the immune system of the host. The types of bacteria that develop in the GI tract affects the properties of the mucosal layer, promote the development of the lymphatic system, and regulates the activation and differentiation of various lymphocyte populations, and balances the production of immunoglobulin A (IgA) and other peptides essential for their antimicrobial properties. [4]

There is a question of whether the microbiota in the gut is a result of parasitism, commensalism, or mutualism. Co-evolution of the microbiota and the human gut has predetermined that the relationship between the two is a long-term symbiotic relationship, rather than merely a commensal one. In the human gut, the host-microbiota relationship is a prime example of mutualism to the extent where humans are dependent on the bacteria that live in the gut. Because of this, the gut microbiome can be viewed as an extended organ of the host. [5] [6] The human gut flora and GI tract have co-developed in a way that humans are not only tolerant to, but even supportive of these microbes enhancing humans’ digestive and immune systems. [4] 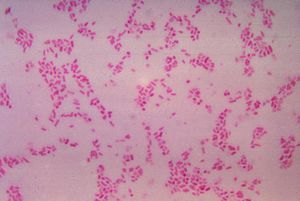 In humans specifically, the gut microbiota has more species of microbes and a higher proportion of them than in any other area of the body. [7] There is an uneven concentration of microbiota within each specific part of the body. In the human GI tract, from the stomach to the small intestine to the colon, the types of microbiota and quantities of them increase. [5]

Traditionally, the gut microbiome has three major functions. First, it defends against any pathogen colonization by competing for nutrients the host consumes, and it also produces anti-microbial substances. Second, it fortifies the intestinal walls (intestinal epithelial) and induces secretory IgA (sIgA) to limit the bacteria from permeating into the tissues. Third, the gut microbiome facilitates nutrient absorption by metabolizing dietary compounds that the host cannot break down on its own. With this in mind, animals with no microbiome (germ-free) have an increased susceptibility to infection, reduced abilities to digest a wide variety of nutrients, and decreased muscle wall thickness. [5] 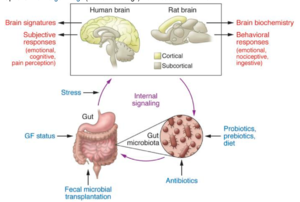 Figure 2: This diagram shows the differences and similarities between human and rat neurophysiology, and how rats can potentially serve as models for humans in some aspects. (Mayer et al. 2015). Link:https://www.jci.org/articles/view/76304/figure/1

In an experiment done with observing the types of neurons in guinea pig small intestines, here are the respective proportions of the specific ones found: 12% excitatory circular muscle, 16% inhibitory circular muscle, 25% excitatory longitudinal muscle, ~2% inhibitory longitudinal muscle, 5% ascending interneurons, 11% descending interneurons, 26% myenteric intrinsic primary afferent neurons, <1% intestinofungal neurons, and an unknown amount of neuroendocrine cells to the gut. It is not quite clear what the specific proportions are in humans, and if guinea pigs are even an accurate model for what the human nerve proportion is. [12]

Probiotics are live microorganisms that are typically administered through capsules, and when administered in the right amount, can be beneficial to digestion and enhance the functions of the host microbiome. In a 2016 review, a total of 38 studies were conducted on probiotic bacterial strains such as “Bifidobacterium (eg, B. longum, B. breve, and B. infantis) and Lactobacillus (eg, L. helveticus, and L. rhamnosus)” on animals and human subjects. Researchers found that the probiotic strains improved certain symptoms resembling psychiatric disorders such including anxiety, depression, autism spectrum disorder (ASD), and obsessive-compulsive disorder. Its positive effects on these behaviors suggest that probiotics have the capacity to enhance or improve central nervous system (CNS) function.[13]

Autism Spectrum Disorder is a neurological condition that affects communication and behavior. It is associated with patients who have difficulty in interacting with others, are fixated on a limited number of activities and have repetitive behaviors, and possess symptoms that hurt their ability to function properly in various aspects of life.[14] The cause of ASD is unclear, and researchers speculate that only a small fraction of those with ASD have it due to genetic predispositions and that a vast majority (around 70%) of those with ASD is due to environmental factors such as having an imbalanced and abnormal microbiota in the GI tract. Due to the ambiguous nature of what causes ASD, numerous studies have been performed on autistic patients to deduce a cause of the disorder. Providing patients with probiotics and prebiotics, supplementation with multivitamins, and switching them to gluten-free and casein-free diets are a few ways researchers are looking to help autistic patients. The types of gastrointestinal abnormalities include malabsorption, maldigestion, overall microbial overgrowth (specifically fungal, viral, and bacterial, and decreased intestinal permeability. These phenomena manifest themselves through the patient having diarrhea, constipation, and gas.[15]In a 2011 study, researchers measured levels of various substances in autistic children’s fecal matter. It was shown that children with autism had lower levels of short-chain fatty acids, acetate, propionate, valerate, and lysozymes and that “this difference was greater in the children with autism taking probiotics, but also significant in those not taking probiotics.” Children with autism had lower concentrations of the bacterial species Bifidobacter and higher concentrations of the Lactobacillus species.[16]As of now, it is difficult to find a dietary solution to autism, and the current results done on animals are inconclusive. Autism is a very multifaceted condition that is caused by a multitude of factors, with gut health only being one aspect.

Figure 3: This is a model showing how TNF-α activates astrocytes in a dose- and time-dependent manner. In short, the more TNF-α the rat was injected with, the more they experienced stress and subsequent bioluminescence.(Biesmans et al. 2015). Link:https://pubmed.ncbi.nlm.nih.gov/26290874/#&gid=article-figures&pid=figure-2-uid-1

A growing amount of research shows that patients with anxiety, depression, and other mood disorders are likely to have gastrointestinal problems. This can be explained due to the bidirectional nature of the enteric nervous system, meaning that mood (the central nervous system) and the gut flora are strongly influenced by each other. Patients experiencing overwhelming stress may also have abnormal intestinal barrier permeability, leading to what is commonly known as “leaky gut”. This could then lead to certain colonies of bacteria migrating to other areas of the body, causing more complications in addition to gastrointestinal issues. [17] More specifically, inflammation of the GI tract places stress on the microbiome, leading to the production of cytokines such as TNF-a and MCP (monocyte chemoattractant protein) and other neurotransmitters, as shown in rats.

The increased intestinal permeability combined with the increased permeability of the blood-brain barrier allows these signaling molecules to affect brain chemistry. This prolonged alteration in brain chemistry can lead to depression, anxiety, and other mood disorders. [18] In a couple of studies, it was shown that the gut flora produces liposaccharides (LPS) that boost immune responses in patients with depression. [19]

Despite extensive research in the gut-brain axis within the past decade, there is still a lot to be discovered about this intricate bidirectional relationship. Although it is known that the gut plays a role in neurological disorders, it is not known to what extent the gut affects an individual. It is also important to note, however, that even though there is a correlation between the gut and conditions such as anxiety, depression, and ASD, there is not a clear causation of the gut flora and to what degree it influences these neurological disorders. However, with more research in the field, understanding the mechanisms of the gut-brain axis may hold the key to understanding and providing cures for conditions people face today such as irritable bowel syndrome (IBS), other gastrointestinal problems, various cancers, and a multitude of neurological disorders.