A Microbial Biorealm page on the genus Ochrobactrum anthropi 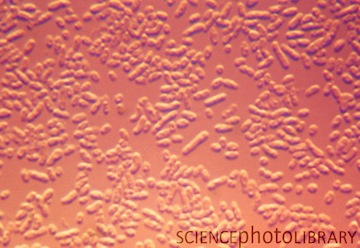 O. anthropi, formerly known as Achromobacter species (CDC group Vd), is a common soil alphaproteobacteria that colonizes a wide spectrum of organisms and is being increasingly recognized as a potentially problematic opportunistic and nosocomial human pathogen.[1] Though it is extremely rare for it to affect a healthy human, there have been numerous published cases being associated with the presence of indwelling medical devices, such as central venous catheters, drainage tubes, and intraperitoneal catheters. It is also characterized by a broad spectrum of antibiotic resistance.[2] 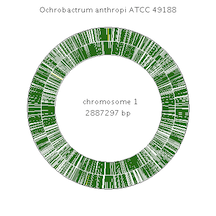 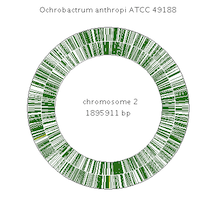 The 4.8-Mb genome of O. anthropi consists of two non-identical circular chromosomes. The genome has an average C+G content of 56.22% and together comprise 4,424 protein-coding genes (~87% coding), along with 31 pseudogenes and 73 structural RNA's (rRna, tRNA, and small RNA). The O. anthropi genome also contains four plasmids. pOAN01, pOAN02, and pOAN03 have the expected characteristics of alphaproteobacterial plasmids, but pOAN04 doesn't - it lacks known replication, partition, and conjugative systems.[1] 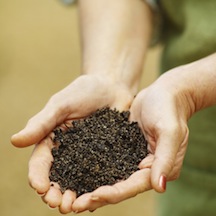 O. anthropi is a versatile alphaproteobacterium with ability to colonize an exceptionally wide variety of habitats, from hostile environments such as polluted soil, to water, plants, nematodes, insects, animals, and humans. [5] They are rod shaped, gram negative, and motile by means of peritrichous flagella.[6] After growth on nutrient agar, the colonies are about 1 μm in diameter, non-pigmented, circular, low convex, smooth, shining, and entire. The optimum temperature for growth is between 20 and 37˚C.[6]

O. anthropi organisms are obligately aerobic, possessing a strictly respiratory type of metabolism with O2 as the terminal electron acceptor. They are chemoorganotrophic, using various amino acids, organic acids, and carbohydrates as carbon sources and are both oxidase and catalase positive. They also reduce both nitrate and nitrite by assimilation.[3][6] 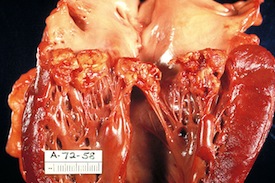 Although cases of O. anthropi being pathogenic are rare, there are several documented cases showing that it is possible for individuals with an underlying medical condition. Among these individuals, those with an indwelling medical device, such as catheters and drainage tubes, are most susceptible. This is likely due to its ability to adhere to various synthetic materials.[3] The effects of O. anthropi when pathogenic seem to vary greatly in severity depending on the host. It causes bacteremia which can cause sepsis, septic shock and can even lead to life-threatening infections - such as infective endocarditis and osteomyelitis.[4] O. anthropi has a very broad spectrum of antibiotic resistance (particularly to β-lactams) which makes it is difficult to treat.[2]

10 Endocarditis. The Society for Cardiovascular Angiography and Interventions.