The genus Psilocybe is of the domain Fungi, the phylum Basidiomycota, the class Agaricomycetes, the order Agaricales, and the family Strophariaceae [1]. 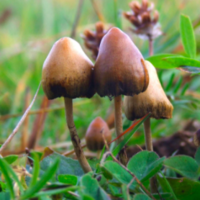 Figure 1. The fruit bodies of the Psilocybe semilanceata species

The genus Psilocybe composes the fungi known as “magic mushrooms.” These are psychedelic mushrooms that produce the metabolite psilocybin [2]. Members of this genus are distributed worldwide and are able to grow in most biomes. The greatest species diversity is found in the neotropic zone, specifically Mexico, while other important members are found in the forests of Japan and China [2,3]. This genus is important because of the increasing use of its hallucinogenic molecule as a recreational psychedelic drug, as well as its potential use in alleviating the symptoms of certain mental illnesses, such as anxiety, depression, and obsessive-compulsive disorder [4,5]. How and why these mushrooms make this molecule is unknown, and current research continues to focus on its effects as opposed to its purpose in the fungi.

The genera Psilocybe and Panaelous have many similarities in their rRNA sequences (8,9). The ITS-1 region of Psilocybe varies from roughly 295 to 350 base pairs. In comparison, the genus Panaeolus, shows little variation with a range of about 20 base pairs [8].

Psilocybe mushrooms are gilled mushrooms that are typically small with brown caps [11, 12]. They produce basidiospores that have a non-angular shape with two layers detectable through light microscopy [13]. Dormant basidiospores have clearly defined pores on their nuclei, a well defined plasma membrane, mitochondria, lipid bodies, and ribosomes. One of the defining features of the genus Psilocybe is the thickness of the basidiospores they produce. However, Psilocybe spores do not have an endoplasmic reticulum (14]. When these spores are germinated with a hot water extract of horse dung, the only differences seen are an increase in small vacuoles and electron density in the germ tubes [14]. 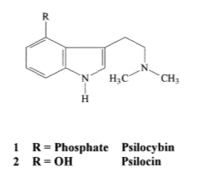 Figure 2. The chemical structure of psilocybin and psilocin.

Psilocybe acquire energy by breaking down organic molecules, and therefore, it is a chemoorganoheterotroph. Psilocybe, like other fungi, excrete the enzymes onto the material that is to be metabolized and ingest the material once it is hydrolyzed [15]. Members of the genus Psilocybe synthesize the hallucinogenic indole alkaloid molecule (Figure 2) [8]. The difference in the structure of this molecule (either psilocybin or psilocin) between some members of the genus is due to phosphorylation (psilocybin) or hydroxylation (psilocin) at the R position [8]. Psilocybin contains an indole-amine ring in its structure (Figure 2) and is derived from tryptophan, the only amino acid with an indole-amine ring. Tryptophan is then decarboxylated to tryptamine [16]. After tryptamine is produced, it is methylated two times to become DMT, which is hydroxylated to psilocin. Psilocin is then phosphorylated to synthesize psilocybin [16].

Psilocybe have a unique blue-staining reaction that happens after the fruit body of the Psilocybe is damaged. This reaction occurs when psilocybin is oxidized after the fruit body becomes exposed to oxygen and water. The extent to how much bluing occurs depends on the concentration of psilocin in the organism [18].

Psilocybe play a part in early decay of wood [8]. Via horizontal and vertical gene transfer, the genus also developed dung-decaying properties [8]. Psilocybin modulates insect behavior by acting as a neurotransmitter agonist, affecting the feeding behavior of social insects and invertebrates like termites. Several wood-decaying fungi, like Psilocybe, have repellents and toxins that prevent termites from feeding on wood, which provides a competitive fitness advantage [8].

The Psilocybe genus is found all over the world, but the neotropic ecozone contains the most diversity (2). One member of the genus, P. semilanceata, exists in both cool climates like the coasts of Northern America and Europe and warm areas like India and Chile. However, P. semilanceata’s preferred habitat is grassy fields and meadows that have been fertilized by animal feces [2]. P. semilanceata acts as a saprobe by gaining nutrients from the decaying grass roots, unlike P. cubensis which feeds and lives on top of the dung [2].

The genus Psilocybe consists of fungi that produce the hallucinogenic molecule, psilocybin, the dephosphorylated form of which creates psychotropic effects in humans [2, 17]. Psilocin undergoes further metabolism after ingestion, similar to that of serotonin because of their structural similarity [14]. However, psilocin also acts as a competitive inhibitor of monoamine oxidase (MAO) which metabolizes serotonin. Therefore, the metabolism, and dephosphorylation, of psilocybin to psilocin may result in elevated levels of serotonin [17].

Psilocybin is part of a structurally diverse group of molecules. These molecules are antagonists of the 5-HT2A receptor and can induce hallucinogenic effects, such as changes in thoughts, perceptions, and emotions [4]. Recent discoveries suggest that these molecules might be useful in treating mental health disorders. When given a high-dose of psilocybin, terminal cancer patients experienced a significant decrease in their depression and anxiety, and it allowed for improvements in their attitude and general outlook on life [2]. These changes were sustained in over 80% of patients [2]. A specific member of this genus, Psilocybe argentipes, is able to reduce marble-burying behavior in mice. Marble-burying behavior is considered an animal model for obsessive-compulsive disorder in humans, indicating that psilocybin might be effective in the clinical treatment of OCD [19].

The study of the Psilocybe genus has become increasingly popular in the last few decades, specifically in terms of its use as an antibacterial agent as well as in the treatment of mental health disorders.

In June 2020, a strain of Psilocybe cubensis called Psilocybe cubensis DPT1 was isolated and analyzed for its phytoconstituents. The strain was found to produce alkaloids, flavonoids, tannins, and saponins [20]. This allowed the mushroom to act as a good antibacterial agent as well as a larvicidal agent for mosquitos. The mushroom extracts proved to be antibacterial against both Gram-positive and Gram-negative bacteria [20].

While historically, psilocybin has been used recreationally, the possibility of using the molecule to treat certain psychological disorders has become more likely, as it has been discovered that psilocin is structurally similar to serotonin. This allows it to react with human serotonin receptors [21]. In July 2020, it was discovered that by expressing a heterologous biosynthesis pathway from Psilocybe cubensis and supplementing it with a novel cytochrome P450 reductase from P. cubensis in Saccharomyces cerevisiae, it is possible to produce psilocybin in a controlled environment. This is a critical step in potentially using psilocybin as a treatment in a pharmaceutical setting [21].