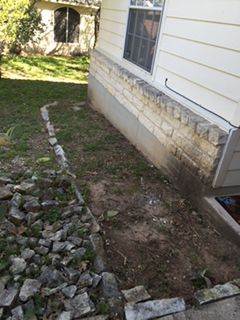 This organism Bacillus thuringiensis was collected and isolated into a sample of 3 tablespoons of the dampen soil. It was gathered at the soil ground from a homeowner's front lawn on a street named Rei Tang Loop in Kyle, Texas, at the location Latitude: 30.0031643 and Longitude: -97.8756188 and Sea level: 221 m.

The collection laid within a sloped old garden patch that was within a stoned surrounding near a cactus plant and near a home dwelling.

When the organism was observed in growth in an LB plate, at 37 celsius as it's incubated temperature for 168 hours, the organism grew rapidly.

Yet the prevalence of Bacillus thuringiensis is not restricted and has been isolated worldwide from many habitats, also including soil, stored-product dusts, insects, deciduous and coniferous leaves.

[1]According to American Society for Microbiology , Genome Announcements the total number of predicted genes is 6,635, with 5,714 genes located on the chromosome and 921 genes on the plasmids.

Our PCR sequencing results are as follows:

The following information below contains the number of which was trimmed to eliminate all "N" results and as well as sequencing results.

The following information below contains the number of which was trimmed to eliminate all "N" results and as well as sequencing results.

Once given this information we entered this accordingly to BLAST , resulting in the most isolated soil organism was B.thiringiensis.

Bacillus thuringiensis forms parasporal crystals during the stationary phase of its growth cycle. Which it has two growth cycles vegetative cell division and spore development. In the vegetative state it is rod shaped and presents into two daughter cells which happened midway of the plasma membrane. Whereas, Sporulation,involves asymmetric cell division and is characterized by seven stages which include:

The Bacillus thuringiensis crystals which form on this bacterium are specifically toxic to certain orders and species of insects, like Lepidoptera, Diptera, and Coleoptera. Many different strains of Bacillus thuringiensis have been shown to produce these inclusions of insecticidal crystal protein (ICP). It also produces antibiotic compounds that have antifungal activity. Which is the likely case as to when grown in this soil project it seemed the most to have antimicrobial activity present. Bacillus thuringiensis is actually a form of pesticide that is naturally found within the soil that produces proteins that happen to be toxic to insect larvae. However different strains of Bacillus thuringiensis does exist and depending on the strain effects the insects differently. What happens when the insect digests this protein toxic ? [4] Well B. thuringiensis makes toxins that target insect larvae once eaten and digested,the toxins are activated. The activated toxin breaks down their gut,and the insects die of infection and starvation. Death then occurs within a few hours or weeks.

In contrast, when people eat the same toxins, the toxins are not activated and no harm occurs due to low in toxicity to people and other mammal and no evidence of sickness or infection as a result of exposure. Yet despite low toxicity the only known symptom a person that has been exposed to B. thuringiensis is within the products made with Bacillus thuringiensis which have caused eye and skin irritation. Yet there has been "one study, rats breathed in very high doses of concentrated Bt. Some had runny noses, crusty eyes, and goose bumps. Others were less active or lost weight." [4] "Researchers found also that farmworkers exposed for one to four months did not experience any problems related to their airways, nose, or skin. However, further exposure showed evidence of an immune response and the potential for skin allergies to develop."

HE: negative ,no change