Thalassolituus oleivorans was discovered off the coast of Milazzo, Italy in seawater sediment samples that were located in areas with high levels of petroleum hydrocarbons, more specifically n-tetradecane in 1991. T. oleivorans are aerobic, Gram-negative, vibrioid, heterotrophic bacteria that are not the only microbes to degrade or metabolize petroleum hydrocarbons but are the only microbe that falls under the Thalassolituus genus. The hydrocarbons must be either aliphatic (C7-C20) hydrocarbons or their oxidized derivatives to yield any growth. The requirement for Na+ ions for growth makes T. oleivorans strict halophiles. T. oleivorans forms colonies of creamy white, medium sized colonies when isolated on the surface of agar (1).

With the threat of oil spills destroying sea creatures and their habitats, there is a real possibility of this coming to fruition due to the heavy dependence on oil in this world. Studies on these microbes and ones similar to them would greatly benefit the preservation of oceans. The ability to use T. oleivorans or microbes similar to them to expedite the laborious and lengthy clean-up of an oil spill would be crucial in saving the oceanic wildlife affected by the spill (3). 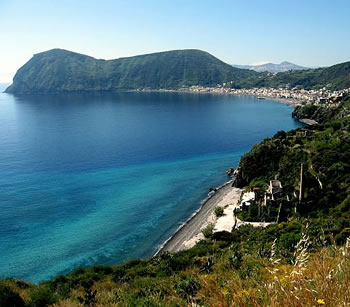 The Thalassolituus oleivorans genome, the only species known under this genus, is designated as the MIL-1T. Michail Yakimov and his colleagues started the preliminary genome work for Thalassolituus oleivorans. The DNA G+C content is 53.2 mol% and the 16s rRNA gene sequence is 53.37 mol%. When compared with other Oceanspirillum, Oceanbacter kriegii is its closest relative (94.4% 16S rDNA sequence similarity.) The genome size is 2.2 Mbp. This is as far as the genomic structure has been studied to this point in time (1).

T. oleivorans is a Gram-negative, vibriod bacterium that can appear to be screw-like on occasion. Cell lengths can vary from 1.2-3.1µm and 0.32-0.77 µm in diameter. The outer membrane is consistent with Gram-negative microbes but the murein sacculus could not be identified within the periplasmic layer. The cytoplasm within the cell contains electron-translucent inclusions located close to the cell poles. There are two different phospholipids within the cytoplasmic membrane; phosphatidylethyloamine and phosphatidylglycerol, within T. oleivorans. The bacterium commonly shows monopolar, monotrichous flagellation, although a monopolar tuft of four flagella has also been seen (1).

Primary enrichment was completed in 10ml of an ONR7a mineral medium and supplemented with n-tetradecane. Bacto agar was then added to form the solid medium. Colony structure of T. oleivorans is that of creamy-white and is medium sized. Actual size of colony has not been reported (1).

T. oleivorans is chemoorganoheterotrophic and strictly aerobic. This bacterium is unable to grow under fermentation, nitrate reduction and phototropically. The source of carbon has to be aliphatic hydrocarbons with a chain length between 7-20 carbons, their oxidized derivatives, or acetate. These electrons are transferred to oxygen, which is the final electron acceptor and the reductant source is the hydrocarbons, more specifically n-tetradecane for T. oleivorans. When metabolism is complete, the oil will have been transformed into microbial cells, CO2, and water (1).

T. oleivorans is a strict halophile and requires Na+ ions in order to grow. Saltwater is a necessity for the bacteria due to the fact the Na+ ions are so readily available (4).

Areas where there are bountiful amounts of aliphatic hydrocarbons and high levels of NaCl is where T. oleivorans can be found. For optimal growth, the level of NaCl should comprise 2.7% of the water's composition (1).

When oil spills occur, T. oleivorans and microbes very similar to it will consume the oil that humans cannot clean up over time. Microcosms flooded with crude oil are filled with the alkane degrader, T. oleivorans, while a phylogenetically distinct species of Thalassolituus can be found in areas with less volatile alkane (2). As long as the hydrocarbons are present, T. oleivorans will keep on reproducing and expelling oil from the ocean (4).

This microbe does not cause disease.