Discovered in 1980 by Coykendall et al. originally under the genus Bacteroides gingivalis. It was officially reclassified to Porphyromonas gingivalis by Shah and Collins in 1988. It is a gram positive, non-motile, anaerobic rod-shaped bacterium.[2] It has significant virulent mechanisms to survive and infect being one of the most influential bacteria for periodontal disease and has been shown to cause a lot of antibiotic resistance problems found today. [3] It is usually cultured on blood agar plates as it is haem auxotrophic and requires it for survival.[4] On the agar plates, black spots usually form. P. gingivalis is commonly observed in the oral cavity, it can however be found in the gastrointestinal tract, respiratory tract and in the colon. It is regarded as a keystone pathogen due to its ability to support microbiota increases even in low abundance. This bacteria can cause cardiovascular disease, gingivitis and rheumatoid arthritis.[3]

Porphyromonas gingivalis has a complete genome sequence of 2,343,479bp, this includes 1909 Protein coding genes equating to 96.22% of its genome with the remaining 3.78% belonging to 75 RNA genes, including 53 tRNA genes which have the ability to encode 20 amino acids. Its composition of G+C bases is measured at 1,131,616 at 48.29% of the genome. [5] The bacteria contains distinct genes that are synonymous with its virulence which include rgpA and rgpB that encode for gingipain R2. These are a major factor in both the evasion of host defence mechanisms and the periodontal tissue destruction. Furthermore FimA encodes for its fimbriae to bind onto host teeth and create the organisation of biofilms.[6] Porphyromonas gingivalis also contains an active crispr (clustered regularly interspaced short palindromic repeats) cas system.[7]

Porphyromonas gingivalis is a rod shaped, non-motile, Gram-negative Organism. This gives it a lysine rich cell wall layer of peptidoglycan. it is auxotrophic to haem, an essential compound as a source of iron for its survival and ability to establish an infection. The main sources of haem for P. gingivalis are gingival crevicular fluid, erythrocytes and haemoproteins present in saliva. It has also developed several mechanisms to acquire haem. Among them are those employing gingipains (RgpA, Kgp, RgpB), haemolysins, TonB-dependent outer-membrane receptors, haemagglutinins, and haemophore-like proteins (HusA, HmuY). Importantly, P. gingivalis uses haem acquisition systems of other bacteria to fulfil haem requirements.[4]

Long fimbriae (FimA), also known as major fimbriae, are long, peritrichous, filamentous components. They have a role in initial attachment and organization of biofilms, as they act as adhesins that mediate invasion and colonization of host cells contributing to P. gingivalis virulence. [8]

furthermore it is a Non-selenocysteine synthesiser and a Sulfur reducer.[5]

P. gingivalis is an anaerobic, Nonsporulating Mesophilic bacterium.[5] To establish itself in the oral cavity it adheres to the teeth or mucosal surfaces. This provides essential resistance to saliva flow. The microbe has a significant defensive strategies to remain on the tooth through fimbrae and gingipain. It does this by using a combination of gingipain proteases, a capsular polysaccharide, induction of host cell proliferation, and the cleavage of chemokines responsible for neutrophil recruitment.[3]

P. gingivalis is usually apart of biofilms with a dense basal monolayer and dispersed microcolonies. [9] Although P. gingivalis is usually found in low abundance, it is very well engineered to evade host defences. Their large fimbrae allow firm adhesion with teeth allowing gingipains to start degrading the enamel.[10] P. gingivalis is apart of whats called the “red” complex, a group of oral bacteria that have a strong association with each other and with disease. This has given them the name ‘periopathogens’[11]

Although its presence is seen in low abundance, it can change the total composition of the commensal microbial. This overwhelms regular host tissue protective mechanisms and triggers disease. This mechanism of significant microbial change is achieved through inhibiting key features of regular host protective systems in the periodontium. Which leads to dysbiosis, a microbial imbalance or maladaptation. that is present in low abundance yet provides a major supporting role for an entire ecological community, this is therefore why P. gingivalis is regarded as a keystone pathogen.[10]

P. gingivalis is known to produce a repertoire of virulence factors that could penetrate the gingivae and cause tissue destruction directly or indirectly, by induction of inflammation. [12] It has multiple measures in regards to its pathogenicity through exceptional survival mechanisms which enhance its virulence factors. These survival mechanisms include, its biofilm, a crispr system, fimbriae and the protease gingipain which is the major etiologic agent which contributes to chronic periodontitis. This black-pigmented bacterium produces a myriad of virulence factors that cause destruction to periodontal tissues either directly or indirectly by modulating the host inflammatory response. One of its most damaging factors is its relation to Rheumatoid Arthritis.

Fimbriae are appendages involved in cellular attachment and greatly contribute to virulence and are found on many Gram-negative and some Gram-positive bacteria. P. gingivalis virulence is heavily associated with fimbriae as they have been characterized to be key factors in adhesion, invasion, and colonization. Fimbriae are also responsible for invasion of membrane vesicles into host cells[13]

commonly biofilms with Porphyromonas gingivalis are made up with Tannerella forsythia and Treponema denticola as part of the microbiota of subgingival biofilms, dental biofilms can usually lead to plaque build up which inherently lead to gingivitis and periodontal diseases. P. gingivalis biofilms persist after chlorhexidine, a treatment which effectively reduces the viability of biofilm forming bacteria, this increases its virulence exponentially.[14]

Gingipain is a cysteine protease secreted by Porphyromonas gingivalis. It is known to be one of the main factors for its virulence through its ability to degrade cytokines, causing downregulating of the response of the host in the form of reduced inflammation. Gingipains allow P. gingivalis to survive in autophagic compartments of infected cells. It furthermore allows for P. gingivalis to acquire resistance against destruction within the phagolysosomes. it can furthermore reduce the cellular response to the pathogen. Considering the numerous observations of generation of reactive oxygen species linked with bacterial infection, gingipains may therefore play a role in the suppression of reactive oxygen species generation.[15]

P. gingivalis can breach immune tolerance in susceptible individuals and exacerbate rheumatoid arthritis, a chronic progressive disease which causes inflammation of the joints which can deform and impair mobility. It achieves this through enzymatic modification of host proteins.

The ability of P. gingivalis to effect Rheumatoid arthritis was dependent on the expression of a unique enzyme peptidylarginine deiminase, which converts arginine residues in proteins to citrulline. These enzymes catalyze the conversion of peptidyl-arginine to peptidyl-citrulline, which is essential for many physiological processes. However, PAD-catalyzed protein citrullination also occurs under pathological inflammatory conditions like necrosis and has been linked to the breakdown of immune tolerance to citrullinated proteins leading to induction of Rheumatoid arthritis in susceptible individuals.

Furthermore, aggravation of these Rheumatoid Arthritis-associated pathologies was shown to be dependent on PPAD activity which either directly or indirectly via enhancement of inflammatory reaction and release of host PADs leads to generation of citrullinated neo-epitopes. [16]

Due to poryphyromonas’s evasive techniques and its link to rheumatoid arthritis, durability and pathogenic link to many harmful diseases. it has been studied to create specific antibodies to disarm it. the antibody is a monoclonal antibody created by Inycom Biotech. it is a sonified extract antigen immunogen.[17] 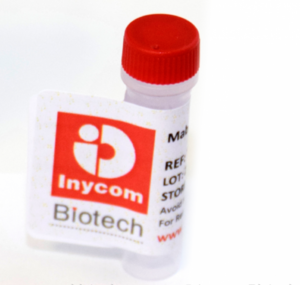 current research focuses on the study of its virulence factors and relationship with other bacteria.

Most notably P. Gingivalis is regarded as part of the “red complex,” a prototype polybacterial pathogenic consortium in periodontitis. The red complex also involves Treponema denticola, and Tannerella forsythia creating the pathogenicity. Additionally, nucleatum, Campylobacter rectus, Prevotella species, Peptostreptococcus micros, Eikenella corrodens and Fusobacterium are found in deeper periodontal areas increasing the periodontopathogens. Various studies have been performed to indicate how exactly the bacterium complement each other to give enhanced virulence factors.[18]

Further studies delve into the alteration of porphyromonas gingivalis, a study has recognised a deletion of a 77-Base-Pair Inverted Repeat Element which altered the synthesis of polysaccharides on P. gingivalis’s surface. Three different surface glycans cell types were used, O-LPS, A-LPS, and K-antigen capsule. Using Northern analysis it was observed that the K-antigen capsule locus encodes a large transcript (∼19.4 kb) which held a 77-bp inverted repeat near its 5’ end. An antisense RNA within this 77bp inverted repeat if deleted or over expressed drastically decreased the amount of capsule and alters LPS structures, furthermore reactivity to monoclonal antibodies to both O-LPS and A-LPS was eliminated. [19]