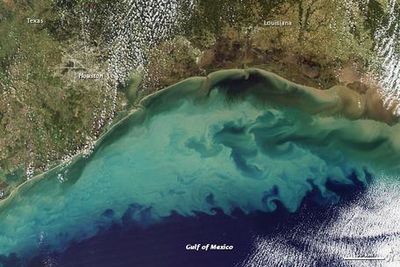 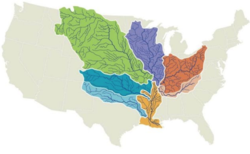 Following the increase in nutrient load into the Gulf of Mexico from the Mississippi River, planktonic algae and phytoplankton populations boom as they feed off of the influx of nitrogen and phosphorus nutrients. Other common microorganisms that mark the first step of the formation of a dead zone, the growth of the algal bloom, include Cyanobacteria, Dinoflagellates, Coccolithophores, and Diatom algae. As these microbes die, their decomposition results in oxygen minimum zones, shifting the microbial community from one that is aerobic to one that is anaerobic. One study that looked at how the microbial composition shifts throughout the water column of an anoxic oxygen minimum zone found that microbes that perform anammox and sulfur oxidation become more abundant at greater depths of the dead zone [9]]]. As expected, the prevalence of aerobic microbes decreased in the core of the anoxic oxygen minimum zone. 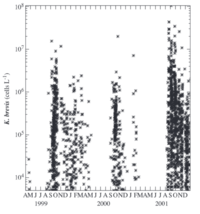 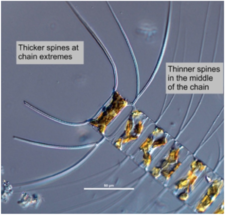